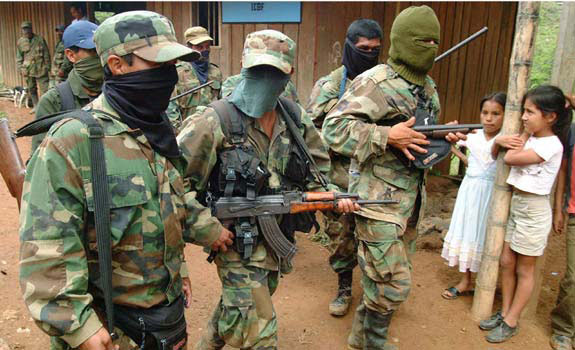 Via-There is a way Jose': While Canada’s Parliament weighs in on Bill C-300, and Blackfire Exploration reels over the shut down of their mine in Chiapas, Mexico — another Canadian company, Cosigo Resources, finds itself implicated in a surge of recent murders in southeast Colombia. The Social & Climate Justice Caravan reports. 7 December 2009 – Canada: Human Rights Hypocrites

Legislation ratifying a free trade agreement between Canada & Columbia is being passed in the Canadian Parliament. Canadian officials, claim that a free trade agreement with Colombia, will result in an improved human rights situation in Colombia. In recent days in Columbia five indigenous leaders have been murdered for their opposition to the Canadian mining firm Cosigo Resources of Vancouver. It is objectionable that Canadian transnational companies are complicit in human rights abuses of this magnitude. Canada remains one of two countries that refuse to sign & ratify the UN Declaration on the Rights of Indigenous peoples. How can the Canadian government claim that Free trade agreement will improve human rights, when they refuse to acknowledge the importance of Indigenous rights?