[Header and Healing & Wellness logo are both from turtleisland.org's healing-wellness webpage]

Here is a website for suicide prevention and healthy living for Indian youth.

Of course there are many approaches to creating a world free from oppression and depression. One solution would be for North American governments and North American corporations to return stolen and "bought" Native land to Indigenous Americans' Tribal Councils. And another would be to also stop the cultural, political, spiritual, physical genocide of U.S.-oppressed American Indians and the people of the First Nations.

But while the suicides of a few groups inside the U.S. get far too little coverage, such as the suicide rates among queer youth and children harassed and otherwise harmed by homophobic assaults, I am realising how, in my own mind, some children's suicides still go even more unnoticed and uncommented upon in dominant media. We know the death rates of all children of color, queer or not, are alarmingly high. Yet the United States has never made the survival of people of color a priority, particularly if such prioritising means destabilising and destroying all man-infestations of white heterosexual male supremacy.

Support the sustainable wellness and healing of Native and Aboriginal youth across the globe. End Western Civilisation, including every one of its economic, social, and political systems, by any means necessary.
END OF POST.
Posted by Julian Real at 1:50 PM No comments:

The Sari Soldiers by Julie Bridgham 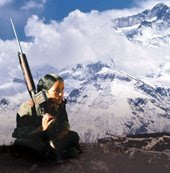 The Education of Shelby Knox by Marion Lipschutz and Rose Rosenblatt 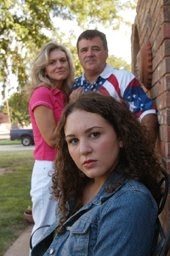 Say My Name by Nirit Peled 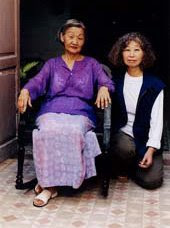 In researching the post just made a short while ago, I found a listing of films at the Women Make Movies (WMM) website that I'd like to see. If you've seen any of these, or others of note, please leave your comments and film reviews here.
END OF POST.
Posted by Julian Real at 1:04 PM No comments:

The Feminist Initiative: Women's Herstory Across the Globe, April 26, 2009 in New York 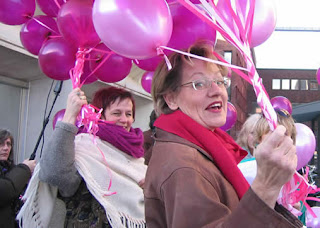 A commenter brought this upcoming event to my attention at April 5 post on Gudrun Schyman. I regret not knowing more about this series sooner, as there were quite a collection of international films centered on the experiences of women.

*Please click on the any of the three gray lines just below, to link to the original site, for more information.*

Tickets can also be purchased at the box office during theatre hours or by calling Brown Paper Tickets toll free at 1-800-838-3006. No refunds.

The Feminist Initiative (F!) reveals the passion, pitfalls and promise of a diverse group of women working to establish the world’s first feminist political party in Sweden in the spring of 2005. Even in one of the most gender-equal societies in the world, the advancement of women’s agenda within the patriarchal establishment requires a revolution. Beginning from the innovative and inclusive decision to elect three party leaders rather than one, the film charts every trail-blazing step (and misstep) of the Feminist Initiative (F!) from their energetic start to the climactic moments of their inspiring, celebrity supported rally. Movie was made in Sweden, 2007, 97 min.; Director: Liz Weisberg

Two other films that were part of this series, shown earlier this month, were:

Courting Justice, with filmmaker Ruth Cowan.
Courting Justice takes viewers behind the gowns and gavels to reveal the women who make up 18 percent of South Africa’s male-dominated judiciary. Hailing from diverse backgrounds and entrusted with enormous responsibilities, these pioneering women share with candor, and unexpected humor, accounts of their country’s transformation since apartheid, and the evolving demands of balancing their courts, country, and families.

and To See If I'm Smiling (Lir’ot Im Ani Mehayechet), with guest speaker Elik Elhanan, co-founder Combatants For Peace & the Israeli-Palestinian Families' Forum, known as Bereaved Parents for Peace.
Israel is the only country in the world where 18-year-old girls are drafted for compulsory military service. In this award-winning documentary, the frank testimonials of six female Israeli soldiers stationed in Gaza and the West Bank pack a powerful emotional punch. The young women revisit their tours of duty in the occupied territories with surprising honesty and strip bare stereotypes of gender differences in the military. The former soldiers share shocking moments of negligence, flippancy, immaturity and power-tripping as they describe atrocities they witnessed and participated in.