Rape & Sexual Abuse Stats: WAY TOO LOW, and here's a couple of reasons why 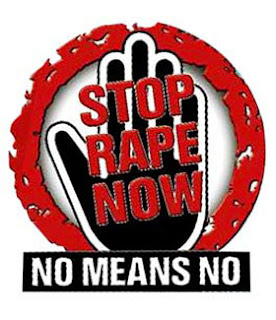 I write today about something I am outraged by often, but today I carry more rage than usual.

I found a male-man I have known well has, within the last couple of weeks, sexually assaulted someone--his female spouse. I'd call what happened "rape" and I'm not sure if the woman wishes to, can, will, or what. I know she did not get medically examined after the assault, and will not report him as a rapist to the police. So add that to the list of rapes that will never get counted in the national stats.

It is for her to name her own experience, and it is for me to name it for myself, not to her directly. I call what he did rape. If she asks me what I call it, I'll tell her.

He got drunk and did something she had been very clear with him to never do. And the same night he did it, he said he'd like to do more (of that sort of sexually violating activity). He inserted part of his body into her body without asking permission, with force, and caused her both internal physical injury and emotionally trauma, as well as triggering some very deep old trauma that remains actively "resurrected". There is also the breach of trust to deal with, from a man she absolutely trusted to respect her sexually and otherwise. This goes to show that even heeding Pearl Cleage's advice, women are still vulnerable to rape because men rape people they have intimate relationships with, that include the trust of the woman that he won't assault or violate her, willfully. He at least doesn't believe he wasn't responsible for what he did because he was drunk, although be blames what he did on the effects of the alcohol. I don't. Not for one second.

She said to me recently, in the context of feeling the rage of being assaulted by her husband, "Sometimes I hate men!" and I said "Me too". She is a lover of humanity, and deeply caring, soulful person, and generous of spirit and compassion. She is also very self-possessed, knows her boundaries, sets them, and expects them to be honored. He violated all of that by what he did.

So he blamed it on being drunk and I told her "Not all people when drunk are sexually aggressive" and "the alcohol didn't infuse him with the desire or will to do what he did. (She agreed.) Both the desire to do what he did, and the will, the power, and the sense of entitlement were all in place prior to taking any drink that evening. But he got behaviorally "sloppy" due to being drunk--which was his choice, btw--no one coerced him into getting drunk, or spiked his drinks with extra shots of liquor. He was at a social event, was uncomfortable, and drank too much in order to get through the evening in a way that ended up being traumatising to his spouse. How caring of him. NOT. And, of course, due to him drinking so much he put her in the position of "making sure he was ok throughout the night, even post-assault". How vile men can be. (She was the only person around him once they left the party.)

The list of men I know or have known who have not sexually assaulted a woman or girl is very small, and getting smaller. And I have little doubt that the other male-man who is in my life has committed sexual assault. His level of misogynist rage is high at times, and frightens most of us who are around him, not infrequently. And he's not a raging fool. He doesn't ever use misogynistic language, terms, etc. He never outwardly shows disrespect for his female partner or other women. And it is clear he has "rage issues" that he has not dealt with, that can and do express themselves to or around his female spouse.

So, to anyone who wants to make the case to me that "not all men are sexually abusive", you'd have to prove to me first that you are among the population of men who has never sexually violated and/or been oppressively physically aggressive against a female person.

Given the number of men who have committed date rape, marital rape, and other forms of rape, who would never think to name it that way, and given the number of women who have been date raped and otherwise sexually violated and assaulted who do not call it that because to do so would mean dealing with that man differently--and he is, after all, most likely to be a family member, or a spouse, or a boyfriend--I know for a fact that the stats on sexual assault against women by men is WAY TOO LOW.

Even one of the men who came to this blog to demonstrate that not all men are rapists demonstrated his lack of regard for his female spouse saying "no" to his sexual advances.

I have checked in with other het guys since, wondering about how many of them won't accept their girlfriend or wife's "first no" as HER FINAL ANSWER. Almost no men do.

I ask men, why don't you accept her first "no" as her final "no"? The males answer that they know if they keep asking or pressuring her, she'll eventually give in. They make arguments that they don't believe she really means "no" when she says "no". These men, are, in my view, rapists. And when I suggest that once you have recommended doing something sexually that she says "no" to, that she is perfectly capable of asking about it in the future should she change her mind and become interested in exploring this activity, the answer is something like "I wouldn't be respecting myself if I didn't keep asking her about it".

To any man reading this: please don't ever use force against a woman; please don't ever ask a woman TWICE to do something she said no to the first time. Take her "NO" as meaning "NO" unless SHE brings it up later for discussion to re-evaluate her answer. And, in the mean time, evaluate where you even got the idea to do something she said "no" to, because clearly it wasn't from her. Did you get it from a scene constructed by pimps who are trafficking women and filming that activity? Did you get it by watching the rape of a woman online, that you pretend was consensual?

If you want women to not hate you, stop yourself and other men from committing sexual assault and violation against girls and women.

Another issue is men having pornography available for children to find, whether that is online pornography or material pornography in the form of magazines, books, or videos.

Please know this: children being exposed to your pornography constitutes sexual abuse of a child. Always. I know of NO ONE who was exposed to their father's pornography when young, if the child was female or male, who wasn't damaged from that experience. With girls, it often set up very distorted ideas about "sex" and the same with boys. But with boys, they later act out what they learned, against girls and later against women, whereas the females act it out against themselves, usually. And NO FATHER I know who has pornography accessible to his children considers him allowing that to be the case "child sexual abuse".

Men are debating "the logic of women" online. I won't direct you to where. These misogynists are claiming feminists are not logical. They apparently don't find it "logical" to tell men to stop rape. That argument, that statement, doesn't factor into their "logic system". How utterly self-serving and male supremacist.

If I try to point this out, they reject it based on my allegiance with feminism. How convenient for these illogical, misogynist fools.

I'm pissed at men right now, and also am amazed at the number of misogynist men who send comments here to be posted, without even realising misogynists' comments will never see the light of day here, or the depth of the dark either. They go to a spam box. So keep on sending them, fellas. That spam box is hungry for your illogical stupidity.

There is a comment policy that I will have to make clearer, I guess, although I don't think these misogynists are smart or logical enough to read and comprehend it.

If men stopped men from behaving in misogynistic and sexist and racist ways, rape and other sexist and racist violence against women would end. Why don't men do this? Why is this not a priority?
Posted by Julian Real at 11:50 PM 4 comments: 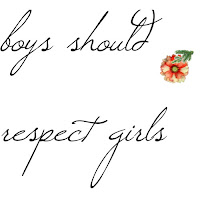 I want to personally and professionally thank Michael Flood (creator and moderator of xyonline.net, linked to on the right side of this blog in the important web pages section) for conducting this research project. The results don't surprise me at all, and I think it's always good for those who "need studies" to have those resources and results to confirm what so many of us already know.


All that follows is from The Sunday Times (timesonline.co.uk), *here*.

The report, Harms of Pornography Exposure Among Children and Young People, also found that young boys who see pornography are more inclined to believe there is nothing wrong with pinning down or sexually harassing a girl.

Michael Flood, who carried out the study at the Australian Research Centre in Sex, Health and Society, said: “There is compelling evidence from around the world that pornography has negative effects on individuals and communities.

“It doesn’t mean that every young person is going out to rape somebody but it does increase the likelihood that will happen.”

John Carr, an adviser to the government and secretary of the Children’s Charities’ Coalition on Internet Safety (CHIS), said: “We had a case in west London where a boy in the first year of primary school was bringing pictures to school and was acting them out in the playground during the break. When they did a home visit the dad was downloading it and it was all over the house.

“It is not an argument for banning it but it is an argument to find better ways to make it harder for kids to get hold of it.”

However, Thaddeus Birchard, a psychotherapist who runs a sex addiction practice in London, said: “We are entering a period of moral panic and this is part of it. Children are not receiving sex education at home. Sexually explicit material on the net can even help educate them.

“The internet is a way of being sexually addicted but it does not cause the addiction. What causes it is the relationship between the child and their parents. Almost always they are maternally deprived.”