Please sign this petition in support of Marissa Alexander, who fired a gun in the air to ward off her abuser and got twenty years in prison 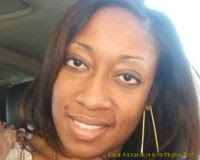 Only after enduring a year of violence from her husband Rico Gray, who has a documented history of abuse, did she arm herself for protection.

The next threat came just nine days after giving birth to their daughter. Gray, in a rage, cornered her and threatened to kill her. But instead of shooting him, she aimed upward. The only thing she hit was the ceiling.

Gray ran into the street, claiming she threatened to kill him and his boys. Marissa, on his word alone, was arrested and charged with aggravated assault with a deadly weapon.

For protecting her life and children she was just sentenced to twenty years in prison, even though Gray has since admitted his intention to harm her. There's no excuse for Florida to deny this responsible mother her freedom.

Marissa is currently in the process of appealing her conviction. Tell Governor Scott to PARDON Marissa NOW!


I suggest we ought to understand what happened to Trayvon Martin--his murder at the hands and gun of known serial criminal son-of-a-judge* George Zimmerman (see here, and here: trigger warning for details of child sexual abuse)--through much broader lenses than those used by white male-owned corporate media.  I view such an injustice and grievous act, another loss added to the millions of others, in the context of seeing how many Black and Brown people around the world are allowed to die an unnatural death from the following:

--pollution, theft, and destruction of water systems and other natural resources,

-- coerced and forced indebtedness and dependence on white/colonial societies,

--many other forms of well-organised and institutionalised inhumanity leading to disease, depression, and premature death

I come to the conclusion that what happened to Trayvon Martin, including the injustice his family has to endure from a white-majority jury, is neither accidental, aberrant, or anecdotal. (Not, really, that there was any doubt.)

What happened to him is what happens in many different ways to Black and Brown people globally: being targeted for harassment, assault, and death both one at a time and en masse.

If and to whatever extent Trayvon had the courage and will to fight back, it surely wasn't sufficient to save his own life or to take the life of his stalker. We can only hope Black and Brown people prevail. Chances for survival and success beyond survival would greatly and dramatically increase if whites would organise to release the institutional strangling grip of economic, social, and interpersonal murder.

*Thanks to Carolyn Gage for publicly pointing out the particular political significance of this with regard to why he's never been found guilty of anything he's done that is criminal--including messing with a cop, and more recently this murder of a youth.

May Trayvon Martin, and all the other murdered Black and Brown women, men, and children, rest in a kind of peace not socially offered or available while alive.

I close with this statement about the killer, by bell hooks:

"White supremacy has taught him that all people of color are threats irrespective of their behavior. Capitalism has taught him that, at all costs, his property can and must be protected. Patriarchy has taught him that his masculinity has to be proved by the willingness to conquer fear through aggression; that it would be unmanly to ask questions before taking action. Mass media then brings us the news of this in a newspeak manner that sounds almost jocular and celebratory, as though no tragedy has happened, as though the sacrifice of a young life was necessary to uphold property values and white patriarchal honor. Viewers are encouraged to feel sympathy for the white male home owner who made a mistake. The fact that this mistake led to the violent death of an innocent young man does not register; the narrative is worded in a manner that encourages viewers to identify with the one who made the mistake by doing what we are led to feel we might all do to “protect our property at all costs from any sense of perceived threat." This is what the worship of death looks like.

- bell hooks on the Zimmerman verdict