The Ivory Tower Celebrates The Heritage of Indigenous and Non-Indigenous U.S. Women of Color--When Does That Happen? 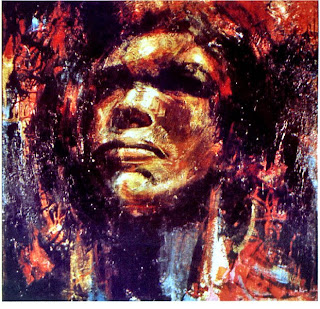 
Admission Control, we have a problem. Several actually.

The stories and experiences of U.S. MiP (Men-in-Power*) are still normalised and centralised in the story of the United States. Within the still anglo- and phallo-centric "Ivory Tower" called the U.S. Academy, most "all the women are white [and] all the Blacks are men"**, when it comes to understanding and determining the parameters of human accomplishment, oppression, liberation, and, well, experience. Therefore it has been decided that there really ought to be a period in which American Indian, Asian American, Latin American, African American, Arab American, Jewish American, Two Spirit, and Lesbian women are remembered and celebrated.

After much deliberation back and forth as to whether this ought to become part of Black History Month (February) or Women's History Month (March), a panel of white, heterosexual, and male "multicultural and diversity experts" in the U.S. academic system has officially established that "BLACK WOMEN'S HISTORY and, oh, yeah, THE HISTORY & HERITAGE OF THOSE OTHER WOMEN" will be celebrated on February 29th.

The "very highly esteemed panel" (according to MiP Magazine) apparently saw no reason to "muddy the waters" dealing with Asian Pacific American Heritage Month and Jewish American History Month (both in May), Hispanic Heritage Month (September 15th-October 15th), LGBT History Month (October), Arab American History Month and Native American Heritage Month (both in November; for a presidential proclamation of criminal hypocrisy, click here). This is a joke--and not the very funny kind. I am attempting to locate this "joke" squarely in the hallowed hallways and classrooms of every U.S. white male supremacist Academic institution. (For a complete set of monthly celebrations and occasions, click here.)

*By "U.S. Men-in-Power", or U.S. MiPs, I am referring to those men with multiple forms of group or class visibility, status, entitlement, and privilege, whether economic, racial, ethnic, sexual, or due to age or level of disability.

**See But Some of Us Are Brave: All the Women are White, All the Blacks are Men, edited by Gloria T. Hull, Patricia Bell Scott, and Barbara Smith

Realising that "THOSE OTHER WOMEN" on the south side of North America are also invisibilised, marginalised, mass-murdered, and are stubbornly fighting and surviving systems of oppression which never intended for any of them to survive--to borrow from Audre Lorde, the following very partial reading list is offered. If anyone reading this knows of other books that belong on this list, please add them through the comments section.

In addition to But Some of Us Are Brave, see also:

The Daughter's Return: African-American and Caribbean Women's Fictions [in Literature] of History, by Caroline Rody

Native American Women's Studies: A Primer, by Stephanie A. Sellers

Her Works Praise Her: A History of Jewish Women in America from Colonial Times to the Present, by Hasia R. Diner, Beryl Lieff Benderly, and Hasia Diner

U.S. Chicanas and Latinas Within a Global Context: Women of Color at the Fourth World Women's Conference, by Irene I. Blea

Women of Color and the Multicultural Curriculum: Transforming the College Classroom, edited by Liza Fiol-Matta and Mariam K. Chamberlain