How NOT to do A News Story about Africa: 60 Minutes ought to pay attention to the criticisms 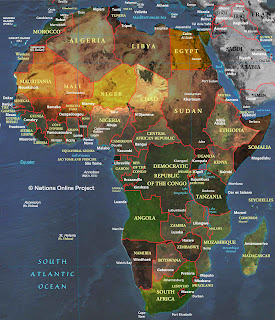 AFRICA (left): a map of a continent with 53 countries, one billion people, one thousand languages, and hundreds of ethnic groups. [Image is from here]

AFRICA (below): this is one of several White Man fantasies.

The first segment of 60 Minutes this past Sunday evening on CBS dovetails embarrassingly with the post, linked to here, from a couple of days ago. "Africa" and "Asia" have been many things to many people over many thousands of years. What these two continents have never been is what white men say they are. Just watch how this 60 Minutes segment portrays "Africa" and compare it to what the fabulous actor, Djimon Hounsou, states that was written by Binyavanga Wainaina. Listen up white West, and note the interview with the white gold seller in the end, and how completely evasive and unaccountable he is. Ah yes, the core values of the White Man; greed, rape, invasion, colonisation, animal and land destruction, genocide, hypocrisy, deception, and unaccountability. All brought to you by white Western Christian male imperialists, colonisers, and capitalists. And now, on with the show...

Manthropology, the Science of the Inadequate Modern Male (hey, I didn't make this up!) 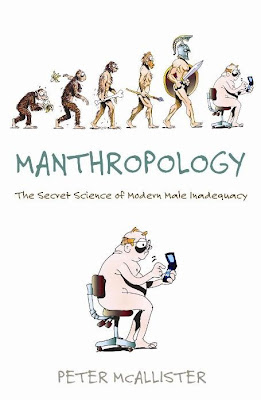 [image of book cover is from here]

Short video piece on the above book, with discussion from the Aussie author:
http://abcnews.go.com/video/playerIndex?id=9223837

Do you suppose that white men creating a genocidal, racist, gynocidal, ecocidal, globalised economic Empire that is, in no way, shape, or form remotely sustainable might be a sign that "modern man" is not all he's cracked up to be?
Posted by Julian Real at 5:56 PM No comments: