Come Celebrate what would have been Audre Lorde's 76th Birthday! A Poetry Performance is Part of the Celebration

Audre Lorde, one of the human wonders known to me, was born on 18 February 1934. I adore and love her, her writing, her being, her brilliance. There is an upcoming celebration in honor of this birthday, and I wanted to cross-post it here.

All that follows is from *this site*.

Black Feminist Mai'a Williams: Come Meet (via Skype) a woman who brings to light the feminist matter of surviving layers of state, imperialist and interpersonal violence and the possibility of response 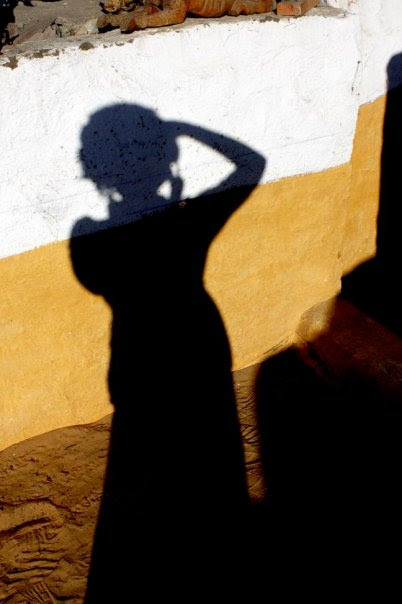 When I cyber-met Mai’a she was living in the occupied West Bank of Palestine, getting ready to bring her bright brilliant baby Aza into the world and she wrote me about using the activities in BrokenBeautiful Press’s “Emergency Broadcast” workbook in workshops she was leading between Palestinian and Israeli women.   Mai’a, instigator of the Guerilla Mama Medicine Movement,  Outlaw Midwife, Reiki master and creator of the Divine Survivors Clinic is has also been doing justice work in the Middle East with her partner Cal for many years.  Check out the links above and email brokenbeautifulpress@gmail.com for a copy of a powerful piece she wrote called “Cleave” about surviving layers of state, imperialist and interpersonal violence and the possibility of response.
AND THEN…come bring food and discuss with Durham’s divine survivors and Mai’a via skype on
Wednesday, February 24th
5:30 pm
@
the Inspiration Station
Come as close to 5:30 as possible to eat and settle in because Mai’a will be joining us live via skype from Cairo @ 6pm EST!!!
Kids are welcome!!!!!!
email brokenbeautifulpress@gmail.com for a copy of Mai’a’s piece “Cleave”
Posted by Julian Real at 3:41 PM No comments:

A horrible thought about the Maafa. This is a terribly sick thing to say, but...

... and counting.
[image is from here]
After reviewing conditions of people "bought" and boarded onto ships in chains, as slaves, to be slaves, for white people approximately two hundred years ago (and onward), I decided, were I given the choice, in some sick, awful, hellish nightmare, between living through a journey on a slaver's ship, and living through a few weeks in a Nazi Concentration Camp, that I would choose the latter.

I say this because I think that "horror" and "atrocity" are real, socially, to many people I know when it comes to "imagining" what it must have been like in Europe during the time of Nazi rule, occupations, gathering up of Jews into cattle cars, if not already killed by the S.S. (I don't know of anyone living who was in a Nazi Concentration Camp, but I know there are still people living who did somehow survive it.)

And me saying this doesn't really account for the various horrific things done to people in the Camps: the "unspeakable" things. But I guess my point is that white men in "The Americas" did these things, these same, awful, horrid, nightmarish things to Black people and to Red People, and when I grew up getting "a good white education" I wasn't taught that. I also wasn't taught about HaShoah, to be honest. I made the teacher teach a lesson about it, but she didn't wish to, I think because she was of German Christian heritage. But I new the term in my mid-twenties, and knew the term "Holocaust" as a reference to the Nazi genocides when a teenager. I didn't learn the term "Maafa" until much later. And I wish there was a term for the Genocide against Native Americans, across the Americas. "The American Holocaust" doesn't quite get at the horror of it for me. The unspeakable horror, of it, continuing, and of the Maafa--the enslavement and transport of African people treated as less than things, as worse than things, and the atrocities that come with such a condition of living, and dying. And remember that this genocide is not over, as the child in the image above reminds us.

I am aware of the unspeakable horrors committed by white men against Red people, especially to the women and girls. And being committed still. Let those of us who do not know of these things from stories told and untold by our relatives, make a point of learning what white heterosexual men have done in order to secure land, resources, and liberty for themselves only. Refuse to not know and do not let your mind and heart forget. I will try and do the same. See the blood and feel the pain and commit your life to ending the horrid forms of institutionally backed violence WHM commit, including this day against people in Afghanistan and Iraq, and in the U.S., and in Mexico, and in Canada. And in many, many countries across Africa and Asia, especially to the women and girls.
Posted by Julian Real at 12:09 AM 4 comments: