Looking for a Rabbi? Don't forget to seek Judaic counsel from Alysa Stanton-Ogulnick 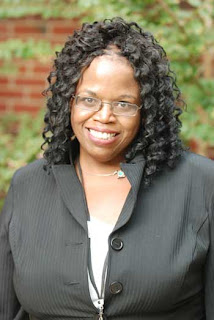 May 15, 2008
Student on track to become first black female rabbi

Alysa Stanton-Ogulnick isn't particularly interested in being a standard-bearer.

And when she says that next year, following her ordination as a Reform rabbi, she will become the first black female rabbi, the huge grin on her face lets folks know she feels pretty good about that, too.

But Stanton-Ogulnick, who is studying at the Cincinnati campus of the Hebrew Union College-Jewish Institute of Religion (HUC-JIR), didn't set out to be the first. It just kind of happened, like so much else in her life.

"If I were the 50,000th, I'd still be doing what I do, trying to live my life with kavanah and kedusha," she said, using the Hebrew words for intentionality and holiness. "Me being first was just the luck of the draw."

Stanton-Ogulnick -- she's still getting used to the second part of her hyphenated last name, the product of a recent marriage -- was recently in San Francisco for a conference of ethnically and racially diverse Jews and Jewish communities sponsored by Be'chol Lashon, an organization that supports their efforts to enter the Jewish mainstream.

That's something the future rabbi knows a great deal about -- as a woman, as a convert and as a Jew of color. She's had to fight for success and acceptance in a world that wasn't always welcoming.

"At this conference there are people from all over looking for their identity," Stanton-Ogulnick said. "Maybe I can help them on the path by breaking down barriers."

That's among her goals as a rabbi, she says: breaking barriers, building bridges and giving hope.

Like many rabbinic students now, Stanton-Ogulnick is on her second career. She came to the rabbinate as a licensed psychotherapist specializing in grief and loss issues.

Stanton-Ogulnick has worked with trauma victims in Colorado for the past 16 years, at the same time becoming more active in Denver's Temple Emanuel. She has served the synagogue as a para-chaplain, religious-school teacher and cantorial soloist.

Raised by Pentacostal parents, Stanton-Ogulnick spent her childhood and young adulthood as a spiritual seeker, making the rounds of various Christian denominations before finding her home in Judaism. She converted more than 20 years ago.

"People look at me and ask if I was born Jewish," she said. "I say yes, but not to a Jewish womb. I believe I was at Sinai. It's not as if one day I scratched my head and said, hmm, now how can I make my life more difficult? I know -- I'll become Jewish!"

Stanton-Ogulnick made her choice to join the Jewish community as an adult, well aware of the difficulties that might arise. Her daughter Shana, now 13, didn't get to choose; she was dipped in the mikvah (ritual bath) as an infant.

The year they spent in Jerusalem, Stanton-Ogulnick's first year as an HUC-JIR student, was the most difficult. Shana, then 7, faced daily prejudice at school.

"She was beat up, and once was literally kicked off the bus," her mother said with quiet anger. "We'd been in Israel three months and her only friend was a cat."

One day, Shana came home from camp beaming because one of the other children held her hand.

"'Nobody ever holds my hand, Mommy,' she said to me," Stanton-Ogulnick recounted. "I said, 'Why?' She said, 'Because I'm shochor,'" or black.

"Sometimes I've been in tears with what I have put this child through," she says.

Stanton-Ogulnick relates some of the difficulties of her life's journey in a monologue she created last fall called "Layers."

First performed at a conference of Reform religious-school educators in October, the piece opens with her standing on stage with her head in a noose, a shocking evocation of slavery. The monologue deals with her journey to Judaism and other major changes in her life, including a recent weight loss of 122 pounds.

Pulling out an old picture of herself at her former weight, Stanton-Ogulnick shakes her head again. Is she really no longer that person? Is she really about to become a rabbi?

It's all so remarkable, she muses.

At the end of one performance, she says, a woman came up to her in tears, saying, "You told my story, thank you."

"It's those moments," Stanton-Ogulnick said. "Even though the journey is long and the path difficult, if I can provide someone with a little hope and a sense of purpose, it's worthwhile."

It's experiencing those moments that she is most looking forward to as a rabbi, whether she ends up in a pulpit, working as a chaplain or in some other position.

"That moment, that 'a-ha, I'm not alone' that comes when I'm talking with a congregant or an individual struggling with something and I'm helping them find a solution," she said, "that a-ha moment is what it's about for me."
END OF POST.
Posted by Julian Real at 7:34 PM No comments: