On Men's Humanity and Women's Liberation 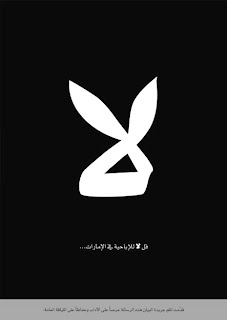 [this politically brilliant image was found here, and there is a more complete explanation of it at that site]

For me, the above image speaks to the way, contrary to popular opinion and corporate pimps' interests, industry pornography does not open the senses or expand one's experience of sexuality. Rather, it shuts down the senses and any meaningful notion of a free humanity, compressing them and sexual experience into a specific and rote set of fetishised genres, all of which require the destruction of human beings in order to be produced and mass marketed. Whether or not every woman feels exploited or degraded by pornography, and whether or not every woman working as a prostitute experiences gross sexual violence named as such by her, it is nevertheless the case that some women and girls must experience sexual slavery, trafficking, sexual violence including incest, rape, and battery, gross exploitation and callousness to women's dignity and human rights status in order for the pornography industry to exist.

As a pro-humanitarian sexual radical, not a pro-exploitation sexual liberal, I oppose all systems which require such abuses of female human beings. I care more about ending systems of misogynist harm far more than I care about creating ways for men to experience increasingly shallow and harmful, or significantly deeper and richer levels of humanity. This is particularly so when men's efforts to dehumanise or humanise ourselves occurs while women remain the primary targets, victims, and survivors of rape and poverty. To support such internal work by men without making that work contingent on women's liberation from male supremacy and all patriarchal dictates, is, in my view, to do worse than to just sell out women, as non-Jewish class-privileged Germans who knew of the Nazi atrocities did worse than betraying Jews while seeking more economically stable lives during the early 1940s. This sort of "men's movement" is a symptom of patriarchal atrocity, not, in my view, an antidote to it.

Anyone who calls a feminist a feminazi is seriously ignorant about history; anyone who thinks feminists have anything resembling the state, military, and police force of patriarchal states is an idiot.

Womanists and feminists, against the tyrannical forces of white and male supremacy, surviving thousands of years of oppression, fight for a form of dignity and humane integrity for all of humanity. White male (and female) Nazis fought, and continue to fight, for human destruction. Patriarchal activists are, overwhelmingly, pro-gynocide, pro-genocide, and actively ecocidal. Womanists and feminists, as I read, study, and listen to them, believe in the possibility of oppressive men becoming human. Patriarchs hold to the idea that men are naturally or ordained by a male sky-god to rule over and against women. Along with Nazi Holocaust deniers, patriarchs who believe feminists have more power than men as a class prove beyond any doubt that maleness and rationality do not go together intrinsically or genetically. And the rationality that such men use in their argumentation is one appropriately and thoroughly critiqued by writers such as Marimba Ani and Andrea Dworkin.

In my view, men become human as women gain liberation, and not before or until then. My focus, if not my views, vary somewhat from the content of the posts here between two white men, one from the U.S. and one from Australia. I will acknowledge that there is value in men speaking honestly to one another about our struggles to find our way, as women work so diligently and creatively to resist and challenge patriarchal rule. I hope the conversation posted here in many parts bridges a conversational-social gap between men who seek lives less controlling of other beings, and less constrained by the mandates of pornographers and pimps. I hope it calls men to examine and eradicate from our beings those social ways of being that require women to be subordinated to men in order for men to be "ourselves".

That MRAs and other white male jerks think feminists are calling for an end to male human existence, rather than an end to all oppressive manifestations of manhood, is a deliberate or astoundingly dense misunderstanding held to in order to make feminism seem like it is something it has never been as it has functioned in the actual world of social life. There will come a time, let's hope, when being "a man", in whatever language, doesn't mean and require what it has meant and required in the white West: gynocide, genocide, and ecocide.

Sam Berg wrote to me recommending that I link together the posts of the conversation on pornography and other violations. So I have done so, and hope that makes them easier to access and follow. Click here for the whole list. The conversation between USguy and Aussieguy isn't over, and there will be more posts forthcoming.

Thanks, Sam, for that recommendation.
END OF POST.
Posted by Julian Real at 2:23 PM No comments: