Healthy Communication and Mutual Respect: A Rare Practice of Equality in Sadistic Patriarchies 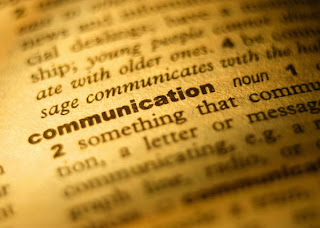 What immediately follows is from the book Love and Pornography (2009). (See the previous post for more.)

"Well," he replied, "looking at porn is just a strategy for meeting needs, so if you can identify the needs he is meeting with it, you will have your answer. For example, most people strive to get money, but it's not the actual pieces of paper they're after, it's what money gives them. So money is the strategy to meet the need. For some, the need is purely survival: it's a way to put a roof over their heads and food in their mouths. For others, it's a way to get the respect or acceptance they want. The same goes for pornography -- people are after something when they look at it."

[Julian's note: His explanation for why men look at pornography, or procure women, is woefully inadequate in my view and patriarchally by-passes the whole issue of how it is that men set up society so that we have so much access to women's bodies. But he never said he was a profeminist and he does have valuable insights to offer her.]

I was starting to get it, and I was really curious now. "Got any ideas on what it might be that Garry is after?"

"I don't know about his motives specifically, and I think it's probably different for different people. But some people might want relief from the complications of a relationship, and they still get to feel the aliveness that comes from sexual energy."

[Julian's note: This completely fails to explain why it is men, disproportionately, who seek out images of raped, molested, incested, and economically exploited women to obtain "uncomplicated" sexual pleasure and relief; how is it that a man, any man, feels relief and pleasure when viewing images of human beings turned into sexxx-things, through many forms of covert and overt coercion and violence?]

"What do you mean, my side of things?" I asked.

I was hanging onto his every word. This was what I had spent weeks trawling the internet for but couldn't find: a way to understand what might be going on for the both of us. With these simple statements, I found what I was looking for and the door barring peace and understanding sprung open [...]

It would take a while for Garry and me to understand what this teacher meant [...], and longer yet before we could find ways to [consistently live in this approach to communication]. This book is the story of how our insight evolved--and how we ultimately created the love we had always wanted.

From the bits of the book I've read so far, there is a clear commitment on the part of Victoria and Garry to struggle together to work towards greater intimacy and healthier communication built on the values of honesty, compassion, and empathy.

It is rare, in my experience, that couples and friends know how to communicate with one another with mutual compassion, especially when both people are feeling psychologically defensive or emotionally threatened in some way. At those times in particular, caring communication tends to break down, no longer flowing in a constructive way that allows each person to feel genuinely heard and understood.

Victoria Prater's book, Love and Pornography gives me a deep experience of what that sort of communication sounds like and feels like in action. It is, to say the least, refreshing.

In this regard alone, I find this book to be both solidly feminist and activist on the interpersonal level, and now, with the book's publication, on the social level.

I come to relationships with various levels of openness, wariness, distrust, curiosity, and longing. But I am not especially good at identifying what I am needing, in part because I grew up in a family where me identifying my needs, let alone expressing them, did not seem to be welcomed. Or, at least, that was my experience of my family; others' needs seemed to take priority. Additionally, due to various forms of trauma, I had learned to dissociate from my body and to partition feelings, putting some away to be felt at a later date. Often it takes days for me to know all of how I feel about something that has happened that caused some level of dissociation. (And I know this is not uncommon.)

Additionally, though, white and male supremacist socialisation allows white men to be oblivious to a lot of what is happening in the world, including the world of women and girls around them. Not only are boys are shamed by other boys and men for expressing vulnerable feelings, we are simultaneously encouraged to pride ourselves on being tough, on not feeling the hurt that comes from living life. For example, we are told by grade school sports coaches (and also in college, if we get that far) to shake off pain, to push through it. I can't tell you how many times I've heard men in boys' lives tell them to "be a man" when the child gets hurt and starts crying. It's disgusting. I despised male team sports because of this, seeing it as utterly inhumane. This enforced lack of self-care, and learned callous disregard for the human who is hurting, is directly related to being able to inflict pain on others, including, horrifically, for fun or a sexual thrill. Various combinations of sadism and self-unawareness are hallmarks of men's treatment of others, historically and currently. Society, in so many ways, teaches boys to be hurtful to others as badge of honor, as a route to status-among-men. Those who enlist in the military and go abroad to slaughter people are frequently called heroes, particularly when they die. To say that patriarchy is a death-worshiping form of civilisation is an understatement.

I remember one time a male child I babysat was with his mother and the man she had chosen as a romantic partner. Thank god it didn't last between them; he was such a jerk in so many ways, in my view and also, not soon enough, in hers. The boy, around eleven, had slipped on a rug and landed against an active wood stove, burning his forearm badly. He cried in obvious pain. Soon this adult male jerk was around him, verbally encouraging him to be tough and not cry. I was furious. I think I intervened, saying "He doesn't have to be tough; he just got badly burned!" but it may be something I only said in my head. I lost all respect for him then, as did the boy and his mother.

As I read Love and Pornography my heart is warmed by the heterosexual couple's commitment to caring communication that is not just aimed in one direction--from her to him.

The warmth cools on occasion. I do have issues with Garry; so far, he doesn't name or take responsibility for his male supremacist privileges. Seeing how that lack of naming and irresponsibility impacts her negatively makes me angry. I get that obliviousness comes with privilege. But, often, if not always, there's a level of willful (self-serving) ignorance that is usually present in the privileged as well. I'm curious to see what he is willing to "get" and hope he does his homework, so the humanisation of a man doesn't fall on the shoulders, once again, of a woman.
END OF POST.
Posted by Julian Real at 4:01 PM No comments: