What do The F Word, 60 Minutes, Piers Morgan, and A. C. Grayling have in common? (Clue: the silencing of radical feminist women of color)

I received a link to a podcast of a program called The F Word (F is for Feminist), the program title of which asked this question: "Where have all the radicals gone?" The program features audio of a speech and interviews with Andrea Dworkin and Sheila Jeffreys. (Link provided below.) My immediate response is that the radical feminists are all over the Earth, particularly but not only in Asia. My question back to the producers of The F Word is this: are whites willing to listen to and interview radical feminist women of color who aren't from white-majority countries? (If it's an expense issue, there's always Skype.)

In his assessment of "feminism", A. C. Grayling does some really fucked up things. Read all about that *here* if you wish. But one of the things he does is assume feminism is all-white, and that women who are not white could benefit from the "advanced" ideas of white US and UK feminists.

I've also just recently seen a segment on 60 Minutes on rape. (For more on that, please see *here*.) The focus was a story about a college campus rape, of one woman by three men. The woman is white. The three men are Black. Also seen recently was an episode of a show I thought I'd stop watching week 1: Piers Morgan Tonight. On the program I saw, his guests were Demi Moore and Ashton Kutcher. They were there to discuss their "Real Men Don't Buy Women" campaign. (You can read more about that campaign *here*, at Huffington Post.) The problem with the campaign is that it puts mostly white het men front and center, pretending white men know a goddamned thing about ending rape or trafficking. Why not put the faces and voices of women of color who fight against rape and trafficking on the campaign cover, and also promote their work and perspectives on the atrocities? Because it isn't and won't be whites who solve the problem of trafficking. It will be women and girls of color around the world. It already is.

What all of these stories have in common are racist themes. Here's a list of the dangerously racist-misogynist themes.

--Feminism, especially radical feminism, is allegedly something only white women created and something that only white women can share with the world, for the betterment of the world, which is comprised of women of color, in the majority. This appears to be the viewpoint presented on a podcast of The F Word, as well as by A. C. Grayling in his 2009 book, Ideas That Matter.

--Black men, according to this 60 Minutes report, rape white women. Black men, according to 60 Minutes, don't rape Black women. And when rape happens, feminists of color are rarely to never invited in front of the US camera to explain the sexual (and racial) politics of rape and how media does and doesn't report on it as an act of terrorism by het men against women and girls, usually within an ethnic group, with the exception of class-privileged white het men, who, disproportionately, go out of their way travel all around the world to rape women and girls of all regions and colors.

--When US and UK white het men rape girls and women, the racial, regional, and national identities of the men are often not explicitly revealed. And when Black men assault white women, you can be damn sure the white male media will identify the rapists by race, to perpetuate the myth that the group white women have to fear most is Black men. And that's a giant load of C.R.A.P. Class privileged white het Christian men, specifically, are the most dangerous, predatory, serial raping men on Earth.

--White het men (from Hollywood and music celebrities to Bill Gates) are (allegedly) heroes, good guys, and can lead us all to be better people and make the world a better place.

They can't. Why? Because they and Bill Gates aren't doing anything substantive, radical, or revolutionary to stop C.R.A.P. His agenda and other Big White Men's humanitarian work (like that of Bono and Sting) is to educate poor children and end diseases in the Third World so they can become part of globalised Western/Global North systems of C.R.A.P. too, ultimately making other white men a lot more money. That view is a bit cynical. I'd feel less cynical if Bill Gates, Bono, and Sting, gave their money to organisations like RAWA, MADRE, The Audre Lorde Project, and groups of women working to end corporate capitalism which "bottom line" is white patriarchy in white sheep's clothing.

Instead, we'll get platitudes on the importance of ending poverty, illiteracy, disease, and famine, never bothering to notice how wealthy white men from Europe and the US profit, as a distinct demographic and economic class, from any effort that doesn't directly take power out of white het men's hands, individually, structurally, institutionally, and systematically, and redistribute that power into the hands of women of all colors, individually, structurally, institutionally, and systematically.

Taken together, these and hundreds of other media stories promoted by conservative, liberal, progressive, commercial mainstream media, and independent media, all tell a more-or-less single story in which women of color are not central figures in feminism, do not construct and build the foundational ideas found in feminist philosophy and activism, including in what is termed "radical feminism" philosophy and activism, and are not understood to be or promoted as role models, heroes, and leaders.

For years I have seen how these themes and memes impact women of color who are doing radical feminist work--some of whom use and embrace that term, some of whom do not. It means they are invalidated, unacknowledged, and invisibilised--silenced and erased--by white media. When this is done consistently enough, it appears to be "fact" and "reality" that feminists, especially radical feminists, are only white.

And it can appear that white women have to fear rape from Black het men, not from white het men or, more simply, "het men". And it can appear that women of color are not raped at all, or that when girls and women of color are raped, it doesn't matter to the media, which then communicates that it isn't important to the media-consuming public, which also communicates to raped girls and women that the assaults against them--sexual, social, and economic--don't matter.

I think all of this is very dangerous. I'm advocating that programs  like The F Word, Piers Morgan, 60 Minutes, and people like A. C. Grayling promote as central to feminism, the ideas and contributions--in philosophy, in society, in activism--of women of color, particularly and especially Black, Brown, Latina, Asian, Middle Eastern, Arab Muslim, and Indigenous women. I'm recommending that such programs and individuals, with far more public clout and political power in the mainstream world that any woman of color--even Oprah Winfrey--recognise who really is leading us out of hell-on-Earth. The people who are doing so, in the majority, are generally not white and are especially not male.

Women from Africa, Asia, the Americas, and from Indigenous populations globally, are responsible for the most revolutionary, radical, and complex perspectives and political campaigns to resist and rebel against patriarchy in all it's many regional and globalised forms. Why don't whites know this?

I leave it to you to answer that question. And, please do listen to this podcast, to get more of a sense of what I'm referring to. And, please take the words and perspectives of Andrea Dworkin and Sheila Jeffreys seriously. Andrea was and Sheila still is one of many important radical feminist writer-activists, most of whom are not white. For more discussion of the important work of radical feminist women of all regions and races, please see the post I did recently on A. C. Grayling, linked to above and again *here*. I will add that I do not believe whites can adequately comprehend the complexities and issues facing women of color globally. And that every region, the women of that region are the experts on their lives, and know best how to resist the forces, including the force of patriarchal white supremacy and misogynistic racism, in their organised efforts to survive and thrive. See the work of RAWA and MADRE for more.

What "radical" too often means when whites speak or write of it, when it is paired up with the term "feminist" is 'dealing explicitly with sexuality as men understand it'. This is but one area of central focus in radical feminism, globally. There are others. And if all your work centers only the writings and activism of whites who only write about male sexuality as it is acted upon the world terroristically and gynocidally, it is likely you'll never come to understand, appreciate, or support the work of most of the world's women, who have far more to contend with and survive than men's understanding and practice of sexuality, or white queer people's understanding and practice of transsexuality. I wish there was more coalition work among women across region. But men sure do fuck up most attempts at that.

I'll add that most of the whites I see online using and identifying themselves as "radical" do not appear to be radical to me. Their analyses and visions do not, usually or responsibly, center the experiences, struggles, and solutions put forth by women of color globally. Sometimes lip service is paid to women of color. Usually women of color are condescended to, marginalised, or ignored in white spaces, in my experience.

I'll leave you today with this: many women who do not identify as radical or as feminist, are the some of the women I most look to as exemplars and proponents of radical feminist revolutionary theory and practice.

All that follows is from The F Word. I want to thank Sheila Jeffreys for her critically important work. And, as you ought to know, I adore Andrea Dworkin. Enjoy the show.

Where have all the radicals gone? When feminism gets moderate

In a world where feminism as a whole is often touted as a bad word, radical feminism in particular is marginalized, not only by the mainstream media, but often within third-wave feminist discourse. Are we afraid to be 'too' radical at the risk of alienating the masses? Or is radical feminism simply misunderstood?

This radio documentary asks: Where have all the radicals gone? Has feminism been swept up in the neoliberal current? Have we de-radicalized in order to be more palatable to the masses? In the face of strippercize, Sarah Palin, and 'post-feminism,' is feminism in need of a re-radicalization?

Featuring an interview with renowned feminist scholar, Sheila Jeffreys, your host Meghan Murphy explores all these questions and more.

Veering quite a bit in format from The F Word's regular programming, this extensive exploration of radical feminism and how it relates to contemporary feminist discourse is a little more academic in nature. Hang in there!

In the West: Oligarchy = White Supremacy = Patriarchy = Corporate Capitalism (get it?) 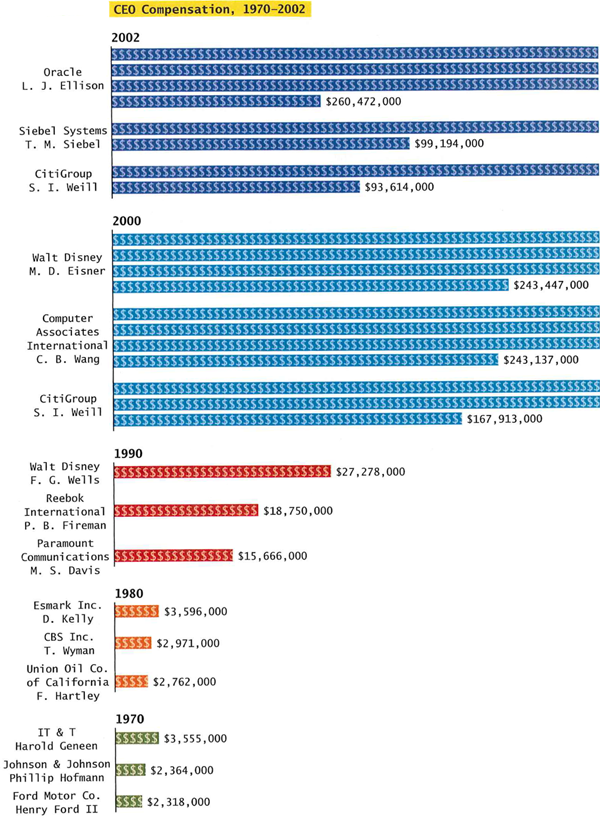