"You Misuse It, You Lose It": On Biting The Unwelcome Penis, Part 1 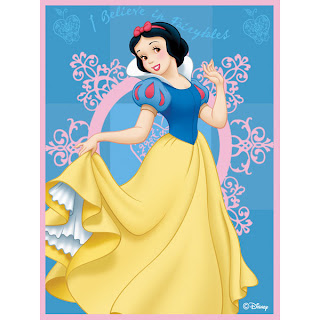 The earlier subtitle to this piece was "On Snow White, Snow-jobs, and Blow-jobs" but I've since (1/2/2009) removed the last term from the title, as I find it, well, distasteful.

There's a recent news story about a woman who bit down on her husband's penis during "oral sex". She has stated she didn't want to have sex, and he charged her with battery. He won. "Not wanting to have sex" is not a legal matter, apparently, if you're in the midst of having sex. Not only is this completely fucked-up CRAP, but it reveals a more prevalent issue, the old one--about who owns whom during sex, and who is statused and privileged enough to not have to worry about saying "Yes" or "No" out loud, preferably on a tape recorder. Lost in the misty midst of the "Did she say yes or no, clearly and sincerely, before sex happened?" debate, is the reality of how sex happens for many people, including against many women. The old axiom "It's a woman's prerogative to change her mind" apparently ends at the point when a penis comes into contact with her body.

For more on this see related blogposts over at Womanist Musings and The Curvature. And rock on, Renee and Cara.

Related to these blogposts are two others over at abyss2hope (also linked to from my blogroll), which may be found here and here.

Folded into the batter--or is it battery?--is this is white heteromale supremacist Dennis Prager's stupidity encapsulated in a blog entry posted on Tuesday, December 23, 2008. (Among other things, he writes for Townhall.com as a columnist.) The misogynistic title of his piece is "When a Woman Isn't in the Mood: Part I". (Let's hope some form of ethical sanity intervenes before he posts Part II.)

I'll open my own discussion with a comment by a man in response to the relevant post at Womanist Musings on the penis-biting/assault charge incident.

My name is Inkognegro and I am a man who is the Father of two sons and the Temporary foster father of another son. I wholeheartedly encourage ANY woman who finds her self witha penis in her mouth that she did not invite to express her displeasure in whatever way she deems appropriate. It would seem to me that if men find themselves with bitten penises they just might be more careful where they put them.

I concur with the author of the comment above. In my own completely untested fantasy-laden moral universe, biting on or attempting to remove any part of a man that he uses/we use as a weapon--as a means of subordinating, violating, degrading, and physically injuring another human being--should be not only legal and customary, but taught in school, responsibly. Heterosexually active women and sexually active gay men should know how to "perform" the removal of the penis by any means necessary, if said penis has been used to harm another human being. I suppose the slogan for the portion of this campaign directed at educating male offenders could be titled, "You misuse it, you lose it".

The whole matter of determining harm based on whether or not consent was present--at which point, one might ask?--is so problematic as to be almost completely worthless, if better than no standard at all. "Consent", interpersonally, within the context of a couple of people, implies a mutuality of agency, will, and power, including the power to determine consequences of acceptance or refusal of an act initiated. This level of consent needs to be not only interpersonally in place, but also institutionally in place.

If a corporation is buying up working class white people's homes in a section of town, and one willful and empowered home-owner says "No" to the rich thugs, are we to conclude that those who said yes gave their consent? When a white male colonialist-genocidalist "recommends" to the living members of an Indigenous Nation on Turtle Island, "We demand that you move onto this small parcel of land we stole from you, or be killed; which of these options do you prefer?" Is the colonized group's answer, "We will move to that land" an indication of willful, meaningful consent? And if they say, "Kill us, motherfuckers" (in their own tongue), is that a statement offered back in the context of consent?

Consider the heterosexually married woman of any color has been traumatised, sexually or otherwise, during an international military war against her ethnic group's people by U.S. white men. Let's also say that the U.S. military's portion of the war is over, including the rapes that constituted the terrorism against her as a woman (a human being), the rapes of the girls and women of her ethnic group as a gendered class, and the grossly intrusive and destructive assault of all of her people as a group. We'll add here that she has a loving husband, a respectful husband, who does not think the way Dennis Prager does. This kind-hearted husband initiates sexual affection but in a way that is similar, in gesture, to how one of her attackers approached her. She is immediately triggered, by this gestural similarity, into a state of deep dissociation. If they proceed to have sex, with her deeply dissociated, is she giving consent willfully and meaningfully?

I believe each of these "hypotheticals" rooted in actual U.S. history, show up the lack of worth of "a consent standard" for determining whether or not sexual assault or a rape happened. Catharine A. MacKinnon has a much more thorough discussion of this matter in her book Women's Lives, Men's Laws, in chapter 19: "A Sex Equality Approach to Sexual Assault".

I will close this portion of the discussion here.
Posted by Julian Real at 1:08 PM No comments: