"What Would The Average Man Do" Standard: What's Wrong with THIS Picture? 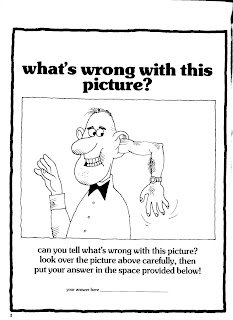 White middle class heterosexual men are considered to be a population of "reasonable" people, generally and legally. It apparently hasn't crossed enough legal minds to wonder about what "a reasonable person" is.

To all white heteromale supremacist assholes: this is not "a feminist" claim. It's something you all brag about and take pride in. It's a behavior you feel so entitled to that should any woman you are with recommend you not do it, you will find every reason in The Oppressors' Handbook for Dummies to try to shame and silence the women who are around you, in your lives, impacted by this behavior.

Given that white middle class heterosexual men's values are shaped by their profound ignorance about what oppressed people experience, and given that oppressed people are the majority, why does a population which admits wanting 24/7 access to raped women's bodies online, when in courts of law, get to argue that an act was not rape because "a reasonable white middle class man" wouldn't call it rape?

If we determine a demographic's values by their practices, in this case of either committing or permitting gynocide and genocide, what hope for women is there of rapists ever being charged as such?

If heterosexual men, generally, want and enjoy 24/7 acccess to incested, raped, and pimped women's bodies online, can we say that this is a population of "innocent men"? What legitimate or sensible meaning does "innocent" have in this context?

There was a story in the news recently about a batterer (surprise: a white heterosexual middle class husband!) who was found not guilty of raping "his" wife. He was found to be "innocent". The court acknowledged he had battered her. He'd been charged and found guilty of committing battery of women in the past. I believe anyone with their head up their ass all day and night ought to be able to register "what's wrong with this picture!?"