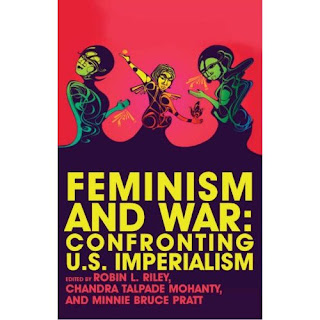 From the press release:
Women - both within and without the United States - are being dramatically affected by war as currently waged by that country. But there has been little public space for dialogue about the complex relationship between feminism, women, and U.S. war. The editors have brought together a diverse set of scholars and activists who examine the questions raised by ongoing U.S. military initiatives. These theorists and organizers develop an anti-racist, feminist politics that brings to the foreground an analysis both of imperialist power and forms of resistance to it. The questions they raise include: what are the implications of an imperial nation state laying claim to women's liberation and did U.S. intervention and invasion in fact result in liberation for women in Afghanistan and Iraq? END OF POST.
Posted by Julian Real at 6:50 PM No comments: