The Truth Behind the Lie: Did Catharine MacKinnon ever say "All sex is rape"? The answer is here.

The sign in the image below could be a synonym for far too many liberal and conservative white het men's blogs, community websites, and other venues for spreading many vicious things. Often what is spread are lies about what radical feminists allegedly say. 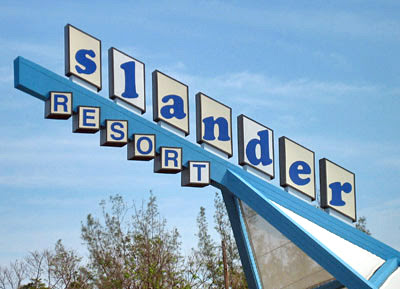 'There is nothing biologically necessary about rape, as Mechelle Vinson made abundantly clear when she sued for rape as unequal treatment on the basis of sex.' -- Catharine A. MacKinnon, Women's Lives, Men's Laws, page 26.

What follows next are three paragraphs written by C. A. MacKinnon, about the lie. They are not edited and run in succession as they appear in the text which is cited below. I offer a some commentary and analysis of the phenomenon of this lie that won't (yet) die, following this three-paragraph quote.

'In a telling convergence between left and right, when Rush Limbaugh, a conservative commentator, said that I say 'all sex is rape,' he was repeating a lie that Playboy, a glossy men's sex magazine with liberal politics and literary pretensions, has been pushing for years. This is a lie, rather than a mistake, on the assumption that they both read my work which may be giving them too much. That those whose politics conventionally divide them are united on this point reveals the common nerve struck by questioning the presumptive equality of men and women in sex.

'With issues other than sexuality, it has been possible to ask whether sex equality has been achieved without being slandered. In other areas of social life, poverty, physical coercion, socialization to passivity, and sexual abuse from cradle to grave are not seen to support freedom, consent, and choice. But to argue that these same forces may create something other than equality in sexual relations, is to call forth an escalating litany of increasingly defamatory names.

'To say that I--and others who analyze sexual abuse as part of gender inequality--say all sex is rape is a political libel, a false statement of fact that destroys repute in a community in which sex is the secular religion. Focusing on amorphous, visceral misogyny in sound bite, spit-out, get-her form, it targets hatred by harnessing the fantasy that men are deprived of sex and are about to be deprived of more sex. Sexual energy is thus mobilized and displaced onto those who would supposedly deprive men of sex as men are supposedly deprived of rape. For allegedly saying this, or what is said to amount to this, women are vilified, shunned, unemployed, unpublished, scorned, trivialized, stigmatized, marginalized, threatened, ignored, personally hated by people we have never met, and unread. All this for what we do say: sexuality occurs in a context of gender inequality, a fact no hate propagandist has yet tried to rebut.'* -- Catharine A. MacKinnon, Women's Lives, Men's Laws, page 327.

In her books and in her life, C. A. MacKinnon has never spoken or written a personal or political belief of hers that "All sex is rape" or anything that can rationally be understood to mean it. But this allegedly firmly held belief, of hers, is spread around the web and also offline, largely by very privileged, willfully ignorant men who want the right to rape and call it sex, to exploit women and call it harmless, to visually violate women and call it a biological imperative. (That many of these men prefer to look at very unnatural, fake, over-stuffed breasts, has yet to be explained by any of these men.) While radical feminists call men's oppressive behaviors a product of socialisation; the men behave as though their obnoxious and oppressively sexist behavior was a sort of genetically programmed MANifest destiny.)

The men who spread lies about feminists are the friends and colleagues of the het men who want abusive sexual access to their female spouses and children, and other women and girls in systems of prostitution, claiming it is based, irrefutably, in a biological "need for sex". (That sex-as-commerce is not at all natural is not something they have logically worked out.) If not the friends and colleagues, the men who spread the lies are the very men who themselves commit the unjust violating, degrading acts that they feel entitled to commit and call "sex" not "rape". These privileged het men will acquire and hire attorneys who will make this case: "the sex my client had was not rape, Your Honor". If we believed criminal defense attorneys and the men they represent, rape simply never occurs.

Antifeminist (aka "antimisandrist") men argue against all reasoned logic and natural evidence that men are entitled to unjustly and inhumanely exploit and violate women, including by vehemently and vociferously protecting the right to rape in ways that men prefer to call "sex". It is radical feminists, not these men, who maintain that (human) men learn to have oppressive and dehumanising sex and that, if these men wished to and were motivated to, they could unlearn it. These men, in my experience, do not wish to unlearn it and therefore find no such motivation. Instead, they are motivated to slander the feminists who wish they would choose to be humane.

Men perversely benefit, as a class, from our oppression of women, which we accomplish, in part, by acting out sexist and subordinating sexual activity. An alarming number of men, not radical feminists, consider this activity to be "good sex". If feminists call that sex "harmful" or "oppressive" or "rape" the women are said to be harmful and oppressive to men. The allegation itself, alone, is said to be a form of insurmountable defamation of an allegedly good man's equally good character. That he calls her "a fucking wh*re" or a "a sl*tty b*tch" for speaking this way about him, isn't considered slanderous at all. (Well, you know, he's upset. This is all very stressful for him. Pardon his French. Never mind if l'homme est un violeur.) The focus shifts conveniently off the harm of what het men do that brings them to orgasm, again and again that is not "good sex" for the women who are raped.

The "all sex is rape" lie is promoted in order to accomplish precisely what MacKinnon says slander does. Because men repeat it, MacKinnon and many feminists who fight against sexual oppression are vilified, shunned, unemployed, unpublished, scorned, trivialized, stigmatized, marginalized, threatened, ignored, personally hated. Their hatred shows up in speech they defend as a form of freedom of expression. They also defend videotaped rapes of women as men's free speech, by saying that there's no proof she was raped. That she says she was raped only registers as a lie, to these men. Go figure. When women speak an inconvenient truth about the misuses and abuses of male power, men call it lying and "false allegation"; when men put false words in women's mouths, men say it is what women truthfully said. It should be clear by now which gender, socially, holds the power to name reality, on and offline, in and out of court.

One of the ways you can know what you read about C. A. MacKinnon isn't accurate, is that the slanderers who misquote her will commonly misspell her first name, sometimes both first and last names. "Catherine" MacKinnon is the name that appears with some of the lies attributed to Catharine. And since this stuff gets forwarded and republished with no ethical imperative to check the facts, the typos never get corrected, not to mention the lies.

Men who hate what feminists focus on--the ways in which men oppress, demean, and violate women, are extremely sloppy in the way they quote feminists. Let this sloppiness serve as an indicator that they have something other than truth-telling on their minds. They want to ridicule and derail the efforts of radical feminists, one way or another. They certainly can't do it by only quoting the women accurately. To date, it appears they are incapable of actually reading an entire book written by one of these women they so love to put down. So, because quoting them and understanding the meaning of the quotes won't work, they instead misquote feminists or quote them out of context, grossly misinterpret the text, intentionally lying and deceiving the readers, hoping we won't notice or care.

For more on this lie that feminists say things like "all heterosexual intercourse is rape", see this at Snopes.com. The conclusion reached, without much difficulty, is that there is no truth to the rumor that Catharine MacKinnon and Andrea Dworkin said it. Because they didn't. Both women wrote down what they said, so this really isn't too difficult to prove. The rumor is FALSE.

Please forward and republish this blog post with its web address, crediting the sources, anywhere you see that pro-patriarchal lie being retold. Thank you very much. Together we can get the truth out.

*The only thing I have removed from the three-paragraphs passage are the footnote numbers after a few sentences. Also, I use a single '[text]' UK method of indicating quotation, instead of the usual U.S. "[text]", because one of her sentences contains a quotation and I wanted its punctuation left as it appears in her book. Accuracy in quoting others is sometimes difficult, and always worth doing as carefully as possible.

I leave you with this MacKinnon quotation and ask you to seriously contemplate the harm, the wholly negative impact, of very privileged (while pathetic) antifeminist men systematically slandering women who speak truth to and about men's power, including men's power to rape and rename it "sex":


'[T]hose who point out that women are being victimized are said to victimize women. Those who resist the reduction of women to sex are said to reduce women to sex. Subordinating women harms no one when pornographers do it, but when feminists see women being subordinated in pornography and say so, they are harming women. Words do nothing except when feminists use them. Go figure.' -- Catharine A. MacKinnon, Women's Lives, Men's Laws, page 350.