A respose to nmbr, a member of reddit.com's men's rights group

As I note in the post that you commented to, I apologise for your comment getting buried among others, but did want you to know that I have thoroughly replied to you.

For that reply, in many parts, go here.

You are welcome to reply.

END OF POST.
Posted by Julian Real at 6:42 PM No comments:

MRA antihostile wrote:
"Just in case anybody was wondering, here is a picture of Julian Real." 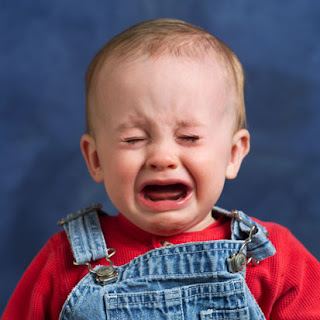 Yes. Above is a photo of me that was recently linked to on reddit.com. It was taken last week actually; the hair looks better now--I sure was upset about the haircut for an hour or two, as you can see! (Sometimes it just takes a good cleansing cry to get over something, you know?)

Also from the same reddit.com page is this, by "a person" (<--allegedly) who goes by the screenname of ObidiahStane, aka Ironmonger, aka "spaceball" writes about me: "I wonder how he wants to go. Firing squad or beaten to death. I volunteer for either one, so long as I get to see the faggy male feminist cry."

(How much do we have to give to men emotionally, before it's enough!?)

Oh, and just so you know what Obidiah Stane looks like, he's clearly got some vulnerability issues, unlike me up there, who is human and unmachine-like enough to cry.

Click on this link for the Obidiah Stane photo, and notice that on the same page are some of his favorite boy-toys.

I found this short and quite to the point blogpost here at Aunt Jemima's Revenge, which is also linked to down on the right in my blogroll. Please go to that site for the post, as the links are in tact there and are important to check out.
________________

This nutjob picked the right victims. You can clearly beat, strangle, rape, murder, and descrate the corpses of black women for years despite the fact that you are a well-known convicted rapist, naked bodies are reported to be falling from the windows of your home and your crib stinks up the entire neighborhood because it smells like an abandoned slaughter house.

Somebody in the Cleveland Police Department needs to get fired with major quickness. And whoever in the hell is the local elected officials in that area where this black-ass Jack the Ripper has been living, needs to have their ass booted out of office.

To clear the air of the stink of MRAs: a few Andrea Dworkin quotes 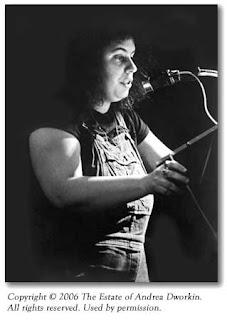 [image is copyrighted 2006, by the Estate of Andrea Dworkin, and was found here. I hope John Stoltenberg doesn't mind me using it here, where Andrea's speeches have been gathered by Nikki Craft. Thank you, Nikki.]

All quotes are by Andrea Dworkin, civil and human rights activist, writer, speaker, and one of the most wonderful, warm, caring, decent, ethical human beings I've ever had the pleasure to know.

• Feminism is hated because women are hated. Anti-feminism is a direct expression of misogyny; it is the political defense of women hating.

• Being a Jew, one learns to believe in the reality of cruelty and one learns to recognize indifference to human suffering as a fact.

• Woman is not born: she is made. In the making, her humanity is destroyed. She becomes symbol of this, symbol of that: mother of the earth, slut of the universe; but she never becomes herself because it is forbidden for her to do so.

• Pornography is used in rape - to plan it, to execute it, to choreograph it, to engender the excitement to commit the act. [Andrea testimony before the New York Attorney General's Commission on Pornography in 1986]

• Women, for centuries not having access to pornography and now unable to bear looking at the muck on the supermarket shelves, are astonished. Women do not believe that men believe what pornography says about women. But they do. From the worst to the best of them, they do.