To Any Woman who is involved intimately with a Misogynist Man: Take This Test for Validation

There is a test [here] one can take to find out if one is in bed with, in love with, or married to a misogynist heterosexual man. That first link was to page one of a five page article. Here are the links to page 2, page 3, page 4, and page 5. Please note, at the end is a link to another quiz to find out if you are in an abusive relationship.

Note: at the end of page 5, there is a place to rate the article, one through five stars. Click on star 5 if you found this article very useful. And check out the misogynists comments below that! It's tough for misogynist men to be identified accurately, for they have so many systems, structures, and strategies in place to never be held to account.
END OF POST.
Posted by Julian Real at 3:26 PM No comments:

Dutch pedophiles are launching a political party to push for a cut in the legal age for sexual relations to 12 from 16 and the legalisation of child pornography and sex with animals, sparking widespread outrage.

The Charity, Freedom and Diversity (NVD) party said on its web site it would be officially registered today, proclaiming: "We are going to shake The Hague awake!"

The party said it wanted to cut the legal age for sexual relations to 12 and eventually scrap the limit altogether.

"We want to make pedophilia the subject of discussion," he said, adding the subject had been a taboo since the 1996 Marc Dutroux child abuse scandal in neighbouring Belgium.

"We want to get into parliament so we have a voice. Other politicians only talk about us in a negative sense, as if we were criminals," Van den Berg told Reuters.

The Netherlands, which already has liberal policies on soft drugs, prostitution and gay marriage, was shocked by the plan.

An opinion poll published today showed that 82 per cent wanted the government to do something to stop the new party, while 67 per cent said promoting pedophilia should be illegal.

"They make out as if they want more rights for children. But their position that children should be allowed sexual contact from age 12 is of course just in their own interest," anti-pedophile campaigner Ireen van Engelen told the AD daily.

Right-wing lawmaker Geert Wilders said he had asked the government to investigate whether a party with such "sick ideas" could really be established, ANP news agency reported.

Kees van deer Staaij, a member of the Christian SGP party, also demanded action: "Pedophilia and child pornography should be taboo in every constitutional state. Breaking that will just create more victims and more serious ones."

The party also said everybody should be allowed to go naked in public and promotes legalising all soft and hard drugs and free train travel for all.

Reuters
END OF POST.
Posted by Julian Real at 3:00 PM No comments:

Pedophilia?! What's LOVE got to do with it?

copyright 2008, by Julian Real. All Rights Reserved.
An alternate title for this piece is "When Love is Hate".

The above photograph is of child rapist Kevin Smith. For more about his crimes against humanity and for the source of the image, see here.

As a survivor of childhood sexual abuse, I can tell you from experience that "love" (in any form) didn't have anything to do with the intentions, feelings, desires, and actions of those who abused me. To call my abusers "lovers of children" is, well, a tad off. And yet this is the term many English speakers have settled on as the most accurate or responsible term for such perpetrators. Bear with me through the next bit: I promise you, this post is not entirely a lesson in etymology!

Let's contemplate and compare the following Greek-rooted U.S. Anglo-English terms such as Philadephia, anglophile, misogyny, misanthrope, and philanthropy. The ones beginning with "miso" mean, varyingly, showing hatred for, or the hatred of. "Phile" means one who loves or a lover of. "Pedo" is the Greek root in English terms meaning child.

As is known well by now, in the West, it is white heterosexual or "sexually conflicted" men who are the vast majority of perpetrators of incest, child molestation, child rape, and other forms of gross sexual exploitation and assault against children by adults, incidents or acts of the misnomer "pedophilia". This is confirmed in and by police reports, Internet news and online predation/pornography/sexual slavery networks, and in criminal and civil trials.

A recently "outed" group of offenders has been white European-affiliated Catholic priests and other Christian clergy-men. They are but one population of heterosexually-identified men who are child-rapists. Such clergy-men have begun to carry the stigma of of being child sexual abusers, with institutional support for them doing this serially going right up to the Vatican, in the case of Roman Catholic priests. What is less often reported is priests' abuse of girls and women. For more, see here and here.

Those of us who are out as gay are not off the stigmatic hook, however. Many non-gay people still think "gay" is synonymous with "child molester". This is, how to say, curious, given the statistics. (This is not to say that being a gay man means one cannot sexually abuse a child, only that there is no social, historic, or statistical reason to conflate the two terms.)

Heterosexual men do not want to be caught or stigmatised as child-rapists, so they have conveniently scapegoated gay men as THE perpetrators of children. But if you want to probe the mind of a serial child-rapist, by all accounts the heterosexual father knows best how to manipulate and force young children into being part of traumatic and scarring sexual acts that are done only for his pleasure and satisfaction. The rape of daughters and other girls under the age of five by heterosexual fathers, or straight step-dads or father-figures, is THE most common form of young-child sexual abuse: children age zero to five. If you see a heterosexual dad out with his daughter, you would be more likely to be correct in thinking he's a "child molester" than if the girls is out with a woman of any sexual orientation, or a gay man. (It's well past time for the stigma to get closer to its source.)

As we know, mis is a prefix meaning "hatred of"; philia (or philos) is a prefix or suffix meaning "love of". Gyn refers to women; anthro to humans; "adelphos means "brother". Philadelphia, alas, is the supposed City of Brotherly Love, even as white man systemically and historically, often with the help of a racist police force, hate on African American men (and women) there. 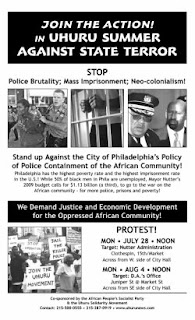 With both terms, Philadephia, and pedophilia, we can see that terms do not always mean what they say.

A "pedophile" "ped·o·phile (pěd'ə-fīl', pē'də-),(or in UK English, paedophile), according to the American Heritage Dictionary*, is a noun, meaning "an adult who is sexually attracted to a child or children".

The same source presents the following information:
ped·o·phil·i·a (pěd'ə-fĭl'ē-ə, pē'də-)
n. The act or fantasy on the part of an adult of engaging in sexual activity with a child or children.
ped'o·phil'i·ac (-āk) adj. & n.

The most obvious question is this: why aren't we calling incest perpetrators, child molesters, other child rapists and sexual abusers, including Internet child pornographers and pimps, the term "misopedics? Misopedia is THE term that means the hatred of children.