What do you call twenty men and boys gathered around a young woman being raped? 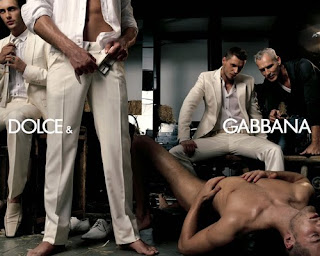 [this image is a companion piece to the one recently posted at a post on gang rape here. This time it is a man who is allegedly in some sort of pleasure-high after being raped. For a pro-queer writer's questions about both images and commenters' replies and analysis, see here]

In a recent post, Jennifer Drew added her analysis of the atrocity of gang rape. I welcome everyone to read that by clicking here and scrolling down to her comments.

One point I'd like to clarify, as a white U.S.er, is that racism and homophobia are not considered hate crimes in the U.S. Not even close. Nor are any institutionalised abuses against oppressed people understood, legally, as "crimes"--hateful or otherwise.

Here in the U.S. racism, sexism, heterosexism, and classism are systematised, accepted, bolstered, supported, celebrated ways of being and behaving, by those who are in the dominant positions vis a vis the oppressed.

Given that racism and homophobia/lesbophobia impacts more women that men, that is reason enough for neither to be categorised as hate crimes. This is to say, the oppression of any women for any multiple reasons is not a crime, including and especially if she is a working class lesbian and of color or a poor white heterosexual woman. And here in the U.S., if not in all whitemale-dominated societies that are multi-racial/ethnic, racism is one of the founding pillars, one of the GREAT VALUES of our society. Our society would not function or even exist without it. It is as far from "a hate crime" as can be. White supremacy is, in this sense, the opposite of criminal, along with male supremacy, heterosexism, capitalism, and utter disregard for the Earth and non-human animals.

What are (sometimes) categorised and (rarely) prosecuted as "hate crimes" are specifically defined interpersonal or local actions involving one or more people from a dominant class using speech or other expression, such as spray painting a swastika on the front of a synagogue, or the beating up of an oppressed person WHILE the victim is being called racist or homophobic names, for example. There is a faint and weak consciousness in this law that acknowledges that such interpersonal crimes do, in fact, denigrate and terrorise an oppressed people, and not just the one person or building being targeted.

As you say, society-at-large would have to even ADMIT that patriarchy exists, collectively, socially, culturally, interpersonally, economically, religiously, and in law, that male supremacy is an active and lethal ideology, that men and boys rape women and girls because they are demonstrating their manhood-making and boyhood-bolstering desires to be heteromen. Males rape to practice being men in the patriarchal sense, and as you note, the women and girls who raped are barely human at all to them. They are living beings in the eyes of these males, only enough only to make the assaults a sport. And they enjoy it. They ENJOY it.

To compare societies "crimes", this is vastly different, for example, from interpersonal or local mugging, robbing, or burglarising someone (or their home or office) to get money for... whatever. There's no group entertainment in such an act. Well, except for the cheering that goes on at Wall Street's stock markets, which most certainly is (consciously or not) a daily celebration of theft, vandalism, sexism, racism, genocide, and ecocide. (Unless the markets are down, in which case only those who bet on the market going down will celebrate.)

The "alleged criminals" in only interpersonal and local non-business, non-organised crime cases doesn't return to the local bar, his family, or corporate office and high five every male in it for his accomplishment. He's not met with cheers for the mugging or theft. It is completely different with male interpersonal crimes against female humanity, as you well note.

Somehow the media refuses to get how, as you say, it is MEN doing this, each and every time, and that it is ENTERTAINMENT for these men to violate, degrade, and beat girls and women.

What do you call twenty men gathered around a young woman being raped?

It's several centuries past time for men to stop one another from committing such acts of atrocity, and start behaving like the "men" they proudly proclaim themselves to be. If "manhood" is supposed to equal bravery, courage, and heroism, why don't men beat up and kill one another for committing gang rape, or any rape of a girl or woman?

AND to have the society, its anti-capitalist, anti-patriarchal government and its laws, call it heroism, and give out medals of honor to the man or woman or any person who succeeds in killing the most rapists, male batterers, child molesters of girls, male pimps, and male pornographers. (Note: medals are and have always been given to U.S. men who commit these same acts--along with others--against women in other countries where people of color live.)

This would demonstrate that society really doesn't condone men's violence against women and girls.