And the War against Women Continues: 18-year-old Mildred Beaubrun is Gone. Forever.

The above photo is of Mildred Beaubrun who was mercilessly and atrociously shot and killed when she and her friends refused to give their numbers to a group of guys they didn't know.

It's all just unbearable. And unrelenting. And infuriating. And so, so sad.

What follows is horrifying, and is from this website.

May she rest in peace. I send out my condolences to her family and friends.

On May 18, 2008 cops say 18-year-old Mildred Beaubrun left Club Firestone in Orlando, Fla. with two of her friends and headed to 7-Eleven to get gas and drinks.

As the girls were pulling out of the gas station, headed west on Colonial Drive, cops say three guys in a silver PT Cruiser or Chevrolet HHR pulled up next to them.

Cops say the guys started cat-calling and asking the girls for their numbers, but when they weren’t acknowledged, they turned to name-calling. Then, one of the girls threw something and hit the guys’ car.

Thinking the confrontation was over, cops say the girls turned right and stopped at a stoplight at the corner of John Young Parkway and Princeton Street. But the guys pulled up next to them.

Cops say one of the guys pulled out a gun and fired into the girls’ car, hitting Mildred. Cops believe she saw the gun and tried to duck. The bullet hit her in the back and traveled up her torso.

She survived for several weeks in the hospital in a coma, but died on June 3, 2008.

The guys may also have been at Club Firestone that night and could have followed the girls from there.

Police released this sketch of the man witnesses say was driving that night.

Cops say the other girls in the car weren’t hurt and were able to provide police with sketches of two of the guys, but didn’t get a good look at the third.

One is described as a man in his 30's or 40’s, who appeared older than the other guys in the car, with long dreads, a full beard and a Haitian bandanna around his neck. Cops say he was sitting in the passenger seat of the car.

The driver was a man in his 20’s with short hair, a goatee and glasses, according to police. Witnesses are unsure who fired the gun.

The guys may also have been at Club Firestone that night and could have followed the girls from there, Det. Mike Moreschi of the Orlando Police Department said. The club hosted one of several Haitian events held in Orlando that weekend.

Mildred grew up in the Orlando, Fla. area, but her mother was from Haiti. She attended Olympia High School and was no longer in school at the time of the shooting.

So far, the tips cops have received haven’t panned out, and they’re looking for new leads.

If you have information about this crime -- or know who these men might be -- call our hotline at 1-800-CRIME-TV and put these dangerous criminals behind bars.
END OF POST.
Posted by Julian Real at 4:33 PM No comments:

AND ALSO FALSELY ASSUMED TO BE RACIALLY, SEXUALLY, AND ETHNICALLY SUPERIOR 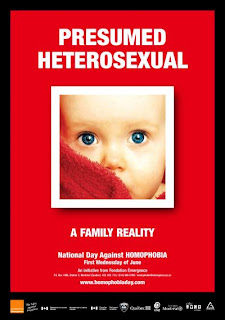 [image/poster is from here]
END OF POST.
Posted by Julian Real at 12:27 PM No comments: 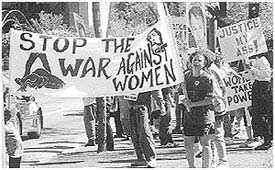 To any man who is spending more than one hour a week playing online video games or looking at pornography, please take at least that much time out to teach the pro-rape, pro-sexual exploitation men around you that sexually assaulting women ought to be a crime punishable by death, and make them the first cases.
END OF POST.
Posted by Julian Real at 1:55 AM 24 comments: