Ongoing Echoes from the Women of the Long House

This important and fascinating post (title above) by Kai Chang over at his blog Zuky may be accessed by clicking here.

(Once I figure out how to "share this" post from Kai's blog to mine, I'll have the whole post up here at A.R.P. The day of me possessing that knowledge, clearly, has not yet arrived.)
END OF POST.
Posted by Julian Real at 12:50 PM No comments: 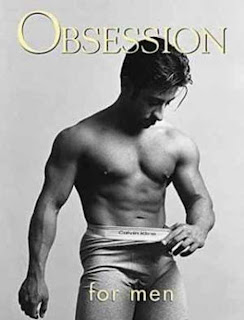 Do antifeminist men actually have a sense of humor? We're about to find out. They are so fond--or is that contemptuous? with patriarchs it's so hard to know--of saying "Feminists have no sense of humor" but when the humor is on the antifeminist men, do they laugh (out loud), or just consider it more of the supposedly rampant (but as yet unauthenticated) "man-hating"?

Diminutive male genitalia disorder (DMGD) has, until this month, been considered only a theory in the scientific world, but now the long-suspected link between hunting and unusually small penis size has been established as scientific fact by the Diminutive Male Genitalia Disorder Research Organization (DMGDRO). The DMGDRO has conducted an extensive two-year study on men with diminutive male genitalia disorder.

Lead by Mike Streams and Brian Upchurch, who began their collaboration on human sexuality research while undergraduate students at Johns Hopkins University, DMGDRO is a team of New Orleans, Louisiana-based scientists interested in the study of male sexual disorders and dysfunction. Having identified the genetic disorder linking small male reproductive organs and the ability to derive pleasurable sensations from killing in a controlled environment without fear of personal harm (as differentiated from war or fighting back in an attack by a human being), also known as “controlled victim” aggression manifestation, Streams and Upchurch believe that there may be ways to combat men's feelings of inadequacy and curb some of the destructive behaviors that such men engage in as coping mechanisms.

“It's really quite interesting,” Dr. Streams says. “Like much folklore, it appears that, certainly in this case, there is a foundation in fact. This is the first time that research has been conducted on men who hunt, and it shows quite definitively that the link between what we are calling ‘the thrill of the kill' and a smaller-than-average penis is statistically significant."

Initial tests conducted on mice and rabbits proved inconclusive, but subsequent human test subjects showed what Dr. Upchurch calls “staggering results.” The subjects ranged from having a slight abnormality in penis size to a “pubis innyus” or inverted male pubic region. As data were gathered, the numbers revealed a discrepancy so great that it seemed to suggest a genetic mutation. By tracing what has been identified as the “DMGD gene,” an abnormality was discovered on the 21 st chromosome. Further investigation proved that this abnormality is consistently linked to two traits: abnormally small reproductive organs and “controlled victim” aggression manifestation. Drs. Streams and Upchurch and their colleagues theorize that an extreme case of DMGD may have been to blame in the 2004 Sawyer County, Wisconsin, incident in which a hunter went on a rampage, shooting at a group of other hunters and killing six of them.

Reaction from participants has been positive, and subjects described the results as liberating and a relief to finally be able to label their problem as a legitimate medical disorder.

Dr. Upchurch reports, “The first step in the treatment of a disorder is to understand its origins. We are pleased to have crossed that important threshold.”
END OF POST.
Posted by Julian Real at 10:56 AM 5 comments: