"Fighting Back Against the Theft of Homes by the Big Banks"

I found this post on this topic at The Primary Contradiction blog and wanted to link to it here.
END OF POST.
Posted by Julian Real at 5:02 PM No comments: 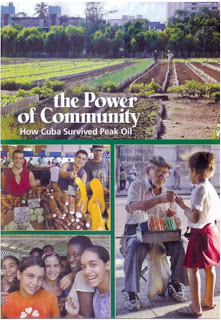 [To know the story behind the above image, click here.]

The following list (or stream) of semi-random thoughts is intended to open discussion here about how to support one another in this global economic crisis, and how to understand and survive it from a humane point of view not a corporate one, from a view that respects people of color, from a pro-Indigenist view, from view that respects women as full human beings not as servants or care-givers of men, and from the view that the Earth is a giant complex of ecosystems, being thrown out of balance by industrial societies.

1. Are people who have been laid off (along with those of us who were never employed before this version of "economic failure") getting together in order to know one another better as friends, as community members? Are we getting together and offering to share material, financial, and emotional resources? If not, why not?

2. In any given community, might there be sufficient skill-sets among the unique population to create an alternate economy, one which doesn't require corporations and tax dollars to work?

3. I am aware of the increase in community vegetable gardens; cooperatively run child-care groups; cooperative grocery stores and other businesses; barter economies, including bartering for health care; cooperative economies among women; and businesses working to make communities more sustainable, which small or larger groups can create as an alternative to being insecure and trapped by "The Global Corporate Economy".

4. "The Global Corporate Economy" in its current version of crisis may be signaling that it doesn't work for people with some wealth. But it has never worked for the poor, it has put many nations into great debt, it has forced cultures around the world to collapse, all-the-while operating out of greed, deep-rooted corruption, and and other forms of gross inhumanity. That is certainly the conclusion I have come to. Am I alone in this assessment?

5. All Our Kin: Strategies for Survival in a Black Community, an excellent book by Carol B. Stack, is about creative economic and emotional support within communities that do not have great financial resources.

6. Several thousand years ago, communities across the globe have lived sustainably--without harming the Earth. Since then civilisation has "progressed" to the point where civilisation itself, particularly and most offensively Western Civilisation, is killing the planet; a corporate economy requires the murder of the Earth and its inhabitants. For more, read The Secret History of the American Empire.

7. Some of these Indigenous societies are struggling to do so to this day. Many have been already been destroyed by Western corporate economies.

8. I gained a great deal of awareness about this matter from watching these three films: "Darwin's Nightmare", "Life and Debt", and "The Corporation". All three are available to be seen for free, if not online, then through a library system's interlibrary loan service. If you know of other excellent films like these, please post them here in the comments section.

7. The World Bank and the International Monetary Fund are killing whole cultures and communities, with criminal recklessness and grotesquely anti-humane intention.

8. Why do we need money economies? Are we more secure with them that societies were before them? Are you feeling secure? Would you feel more secure if you knew you and your neighbors were capable of caring for one another? Would you feel more at peace if the only "work" you had to do was to contribute to your community's sustainability, including its emotional well-being?

9. What can you do? What are your strengths? How to they mesh with the skills and strengths of all of your neighbors? Do some of you know how to help with health issues, keeping water clean, planting seeds for later food harvesting, repair of shelters, organising community members, doing specific tasks well?

11. If corporate capitalism's goal is to make a profit at people's expense, why keep buying into the idea that we need it to survive?

12. If socialism and "Communism" have traditionally ignored the needs of the Earth, and therefore our own sustainability, why can't we create something else instead?

13. From local community groups, to faith groups, to networks of friends, people have been surviving and thriving. Paying taxes and purchasing corporate junk doesn't help us survive.

14. Now that we know that the major auto industries and major banking corporations are not accountable when we give them billions of our hard-earned money, why don't we stop giving it to them, and instead share it locally, without our own communities, and assist other communities that are struggling when able to do so?

16. What if you couldn't lose your home? Are you aware that cooperative housing was developed in urban areas and other places that made it impossible for you to lose your home even if you didn't have any money? Here's one site with more information on creating this for yourself.

17. Are you aware there are ways to live that don't require paying utility bills? Here's a site with more information on how to do that.

18. Ought Indigenous cultures thrive, without U.S. and other governmental corruption?

20. Isn't it the humane thing to do, to make sure that non-Indigenous communities take into consideration how they negatively impact (or facilitate the destruction of) Indigenous societies?

22. Many poor and working communities have been suffering an economic crisis for decades, if not longer. How can wealthier communities work with those communities to make all of us more secure, sustainable, and healthy?

24. Would it help to know that most other people around you feel that way too?

25. Would it help you to get to know one another, and find ways to relieve each other's suffering?

I am quite aware that there are likely ten thousand or more discussions about this very topic happening on- and off-line, but I have been alarmed that every time I ask social activist friends about a particular aspect of this issue, about how individuals-in-communities are helping each other out, without corporate or tax dollars--the answer is: "I haven't heard anything about that." So, readers, please send me links if you are aware of what I'm talking about here, so the pro-humanity wheel doesn't have to be continually reinvented.

I believe it is possible to live well while appropriately living with and being caring of the Earth.

I hope that those of us who are overpopulating the Earth can practice self-regulated, socially responsible birth control. At the same time I hope that those of us who are part of Indigenous societies and cultures that are being starved to death, forcibly sterilised, and otherwise manipulated or mandated into extinction by a global economy are not forced by anyone else to practice birth control in ways we do not choose to; I hope that our babies', children's, and adults' health is seen as precious and necessary, not only to those of us who are part of an Indigenous culture, but for the well-being of the Earth. When white people speak about the need for population control, let that practice begin at home and in white communities that exist because of colonialism and genocide.

I support removing people from society who threaten our safety and survival, such as corporate thieves who colonise land and impoverish millions; corporate-owned, corrupt politicians, self-serving business men; racist police officers and police departments; exploiters, traffickers, and enslavers of women and girls; batterers, rapists and child molesters; and those who seek to poison and otherwise destroy the Earth and its many sustainably-living inhabitants.

I believe that we, the human and nonhuman collective, can live well on Earth, but in a way that may not be familiar to most of us, given how much corporate capitalism has convinced us we need it to survive and be well.

I believe corporate capitalism and the government officials who value and support it, are condemning us all to insecurity, illness, and death.
END OF POST.
Posted by Julian Real at 1:19 PM No comments: