Neo Nazi J.T. Ready Hugging Sen. Russell Pearce
The Arizona anti-immigration law that has caused such a huge backlash was written by a racist organization, as exposed by Rachel Maddow.

That the law was introduced to the Arizona State Senator Russell Pearce, who authored an official email to his support and donor base in which he made the conspiratorial claim that journalists pushed the view of:


“a world in which every voice proclaims the equality of the races, the inerrant nature of the Jewish ‘Holocaust’ tale, the wickedness of attempting to halt the flood of non-White aliens pouring across our borders…”
In the photo above, the close relationship between Pearce and J.T. Ready is displayed.  Ready is a Minuteman and nativist, photographed below with the comparatively strong Neo-Nazi movement in Arizona.  His other ties have been well documented by the Southern Poverty Law Center.

Critics such as myself point out the law in itself is a clear violation of the 4th Amendment, and is unconstitutional.  Others note that there is simply no way that a ‘reasonable suspicion’ can apply without actual racial profiling take place.

The law itself was authored by Kris Kobach, who is running for Secretary of State in Kansas. The man is also a firm believer in the birther conspiracy that contends Barack Obama was born in Kenya.

Kobach is an attorney for Immigration Reform Law Institute, the legal arm of the chameleon named organization Federation for American Immigration Reform, or FAIR. As Maddow reveals, the founder of FAIR was a well known racist and the seed money to get it started also came from an infamous Eugenics (the same thing the Nazi’s did) outfit.

Posted by Julian Real at 4:30 PM No comments:

[this image is a poster from here, and others by its creator and other poster artists may be found here]
This really is the least I can do, after having my account at Facebook shut down for my political views. Far worse, is what you're going to see in this film, that continues to this day regarding what the U.S. public is and isn't told via major mass media and corporate news sources about our wars in Afghanistan and Iraq.


What follows next is from *here*.


World Press Freedom Day is celebrated every year on 3 May worldwide. It is an opportunity to celebrate the fundamental principles of press freedom; to evaluate press freedom, to defend the media from attacks on their independence and to pay tribute to journalists who have lost their lives in the line of duty.

The United Nations Department of Public Information observance of World Press Freedom Day 2008, organized with the support of UNESCO’s New York Office, was held within the Department’s weekly NGO briefing programme on Thursday, 1 May at 10:00 a.m. in Conference Room 1.

Following an opening segment, the briefing featured a panel discussion on “Access to Information and the Empowerment of People”. The panel discussion provided an overview of the global state of access to information and showed how new information technologies allowed for the empowerment of people, with a specific focus on Brazil. A very clear example of that was provided by the journalist who assembled an open-access database with some 25,000 records of Brazilian politicians showing electoral information and personal data available to voters freely, that has been a constant source of news stories for Brazilian media outlets.

Posted by Julian Real at 3:52 PM No comments: 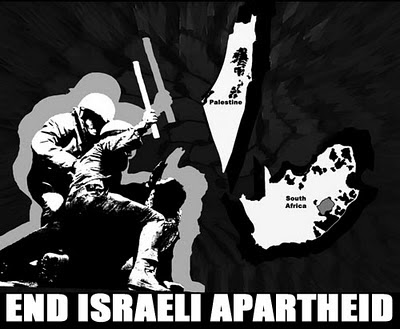 [image is from here]
This is being reprinted here only for purposes of sharing political speech. The link back is *here*. It has not been altered in any way.
European Jews sign petition critical of Israel
(AP) – 1 day ago
PARIS — More than 3,000 European Jews, including prominent intellectuals, have signed a petition speaking out against Israeli settlement policies and warning that systematic support for the Israeli government is dangerous.

The petition's signatories include French philosophers Bernard-Henri Levy and Alain Finkielkraut as well as Daniel Cohn-Bendit, a Greens leader in the European Parliament.

Backers — who compare their goals to those of J Street, a liberal pro-Israel Jewish lobbying group in the U.S. — plan to present their position at a news conference at the European Parliament in Brussels on Monday.

Supporters hope to build a European movement that is both "committed to the state of Israel and critical of the current choices of its government."

"These are people who seize every opportunity to defend Israel publicly and remain faithful to it," he wrote. "But even their patience is running out and their hearts are filled with sincere concern."

Israel's Foreign Ministry declined to comment because the initiative is not government-sponsored.

Many signatories are from France, where the petition has received much press coverage. France's Jewish community has hotly debated the petition, entitled "Call for Reason." The president of France's leading Jewish association, CRIF, declined to sign, saying he objected to some of its language and its tone.

"Do Israelis need the Jewish Diaspora to know what is 'the right' decision, what should be the borders of a country that their sons and daughters are protecting?" Richard Prasquier wrote in Le Figaro newspaper.

The petition, online at http://www.jcall.eu, says Israel faces a threat in the "occupation and the continuing pursuit of settlements in the West Bank and in the Arab districts of East Jerusalem.

"These policies are morally and politically wrong and feed the unacceptable delegitimization process that Israel currently faces abroad," it says.

It adds that "systematic support of Israeli government policy is dangerous and does not serve the true interests of the state of Israel."


Copyright © 2010 The Associated Press. All rights reserved.
Posted by Julian Real at 3:44 PM No comments: