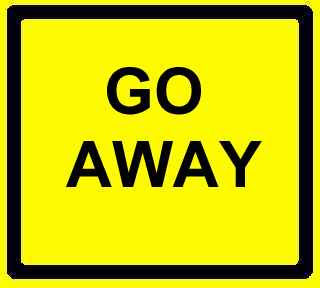 For the latest on Hugo Schwyzer's systematic abuses and willful refusal to stay out of public view, please click on the title just below. Excerpts are by Angus Johnston, at the blog Student Activism.

Hugo Schwyzer Was Sleeping With His Students All Along

September 5, 2013
Early this morning Pasadena City College history instructor and internet-famous male feminist Hugo Schwyzer, who has been conducting a slow-motion self-immolation all summer, interrupted his online hiatus to offer yet another admission of wrongdoing.

This one is likely the most significant yet.

In a brief middle-of-the-night blogpost, Schwyzer admitted that a pseudonymous accusation posted on Tumblr a few days ago was true, and that he has been conducting sexual relationships with students for more than five years...

Schwyzer should resign from PCC immediately. If he refuses to resign, he should be fired. Period.

Update | Schwyzer expanded upon his most recent confession in a YouTube video, posted last night. In it, he said that between 2008 and “very recently” he conducted sexual relationships with three different students who were enrolled in his classes when the relationships began.

In the YouTube video Schwyzer acknowledges that his ongoing violation of PCC policies “may impact my relationship with the college,” and says he is “willing to face whatever consequences may come” on that front. But that’s a statement, it should be noted, that could mean anything or nothing. Either they’ll fire him or they won’t. If they do, either he’ll sue them or he won’t. However any of that shakes out, he’ll be facing the consequences of his actions whether he likes it or not.

What Schwyzer doesn’t say — in the video or in the blogpost — is that he intends to resign from PCC. For years now, as evidence of Schwyzer’s misbehavior has accumulated, he has consistently stonewalled and deflected for as long as he could. Only when those options were exhausted has he ever admitted error or wrongdoing. He has never, to my knowledge, chosen to resign from a feminist project or step back from a feminist space — each time he has withdrawn it has been because he was forced to, and each time he has sought to spin the withdrawal as a freely chosen gesture. ...

Second Update | The general counsel of Schwyzer’s community college has released a statement on his confession, and it’s pretty blistering:

Yesterday Mr. Hugo Schwyzer, a faculty member of the college, released statements publicly on the internet that he has had sexual relations with his students as recently as 2011 while an instructor at the college.


Such conduct, if confirmed as true, would be a grave violation of college policy warranting termination.


The college does not in any way condone or tolerate such conduct by any faculty member.  All of us in the college are outraged by Mr. Schwyzer’s statements about his conduct.  The college is acting swiftly to conduct an investigation and to hold Mr. Schwyzer accountable for his actions while an employee.

It seems clear that they’re committed to firing him at this point. We’ll see if it actually happens.

Morning Update | The local Pasadena paper has a story up on yesterday’s developments, and while it mostly rehashes what was already known, it does include two new pieces of information.

First, in an interview Schwyzer gave the paper yesterday, he again confirmed the allegations made by the anonymous former student on Tumblr. (As has become a recurring pattern this summer, Schwyzer reached out to the media from a mental health facility he checked himself into after his latest internet confession.)

Second, Schwyzer gave no indication that he’s considering resigning his teaching post. Indeed, he said that he is “looking very seriously” at the possibility of filing a psychiatric disability claim, suggesting that accepting such a claim could be an “end around” for the college. Apparently he has no intention of quitting, and plans to fight back if PCC tries to fire him.

We'll see. Lorde knows he'll tell us all about it every self-involved, over-privileged step of the way.

Posted by Julian Real at 1:28 PM No comments: