SPECIAL ALERT ABOUT IMMIGRANT ALIENS: There has been a rash of illegal aliens coming onto the land and taking away a lot from those of us who have been living here a long time. One of the things taken away is our homes. Be on the look out. These people are armed and very dangerous, and they have their own laws that they use to cheat and steal from us.

Below is a map of the areas of initial intrusion and invasion.

Here's what some of the new arrivals look like, just so you know: 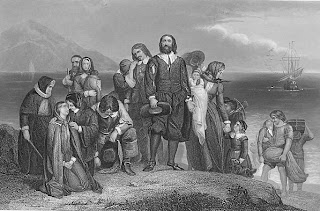 Over the years, they have moved across the land. Our homes have been taken away from us; they have devised many ways to take possession. The U.S. government has made many of us relocate, which is a certainly form of foreclosure: we never see our homes again.

The aliens are prone to tell lies and produce false immigration documents, claiming they have "a right" to be here. Some of them even say "We have been here way before you, so if you don't like how we treat you, go back to where you came from!" They are clearly delusional. Where we came from is where they now live. 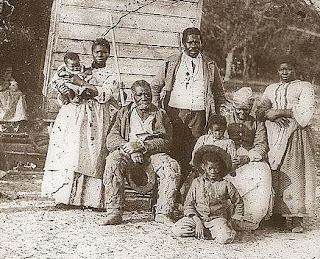 There is no indication that the undocumented workers are treated like human beings. In fact, the workers' lives are filled with drudgery and pain.

Undocumented workers' lives, the lives of those of us who are Indigenous to this land, and the lives of the rest of us are all made miserable by the aliens' ways of doing things. Part of the problem is that the aliens cling to "family values" that result in more and more misery spreading across the land. Here is a recent image of where the aliens currently live, with the darkest areas representing the places where they are most highly concentrated. When you look at the image below, remember that dark zones = dangerous places to live. And that "dark" here means "especially white-populated".

These foreigners have brought with them a strange religion that glorifies domination and warfare. They seem mixed up about their god. On one hand they say they pray to a god of peace and love for everyone, but they also pray to this same god to keep them safe as they slaughter us. Sometimes they let us live but they steal our children to raise them with their deadly values.

The symbol of their religion, which seems say one thing and do another, looks like this. 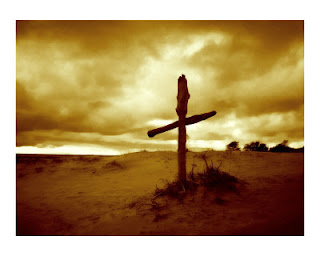 Maybe one of the wooden posts is what the dominant folks say, and the other is what they do. Maybe this is why the two beams go in opposite directions. Or maybe it is the symbol of a sword, stuck into our ground and through our hearts.

They also bring diseases that kill us more than they kill them. Some of them do get very sick, of course. But they are clever: they make special expensive medicines. And the richest among them are the only ones that can afford them. The rich among them have access to too many drugs, it seems.

Some of them take too much of these medicines and other substances to try and make themselves feel better, to ease them out of the misery they have created for all of us. Because of this, a lot of them are drunk and abuse drugs.

Some of them get sick from their poisons, but they take care of their own, make no mistake about it. They build very large structures in which to take care of each other. They know very little about the medicines you can find all around you if you don't pave over the Earth. One of these giant buildings is pictured below; it is called a "Presbyterian Hospital": 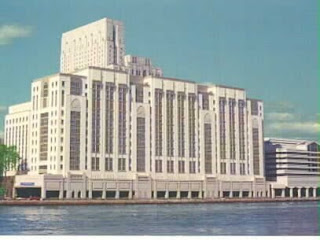 Also, they stick together a lot (often in "gangs") and act suspicious when they see anyone who doesn't look like them. This is especially strange, as so many of them are so pale they look like they might already be dead. But despite that, you tend to see them walking or running around in small and large groups. Sometimes they wear protective gear; they seem preoccupied with bumping into each other a lot, maybe because there are so many of them everywhere. 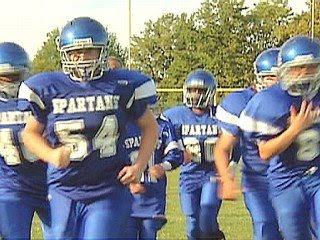 And do they ever breed! They tend to have large families which grow even more massive with each generation. 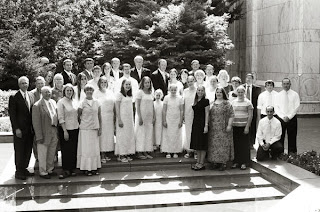 They clearly don't understand the concept of "birth control"--we're not sure if they even teach it in their communities.

They will send you stuff in the mail to try and convert you to their ways of living and dying. They'll offer you many credit cards so that you can be in financial debt forever. Don't accept these offers. These dominant alien people are very irresponsible, especially with money. Don't trust them to loan you a dime. If they loan you money to live somewhere, you can trust that in time you will be forced to leave that place against your will.

Fortunately we have created a department of Homeland Security to try and get our land and homes back, and also our ways of life, including our own medicines. Below is one of our banners. 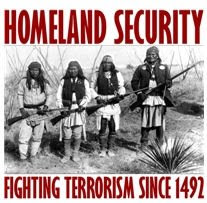