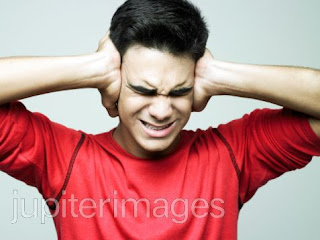 I found this silly blogpost today. And I responded. The post by nixsight follows, and where I found it can be seen by clicking on the link in this sentence. On his own blog, his words are not so rudely interrupted by mine. But that was then, and this is here.


I concluded from this that it’s not feminists such as Andrea Dworkin and myself who are responsible for the idea that all men are potential rapists – it’s sometimes men themselves.
Why men use prostitutes


There’s a lot wrong with that sentence. For a start, the fact that there’s no “just” in between “not” and “feminists” is telling. [It tells me that it's usually men, not feminists, who fuse sex and rape, in physical action, as well as in words.]

It’s a peculiar sort of person [does "peculiar sort of person here mean "feminist"?] who will take the words of obviously confused or disturbed individuals [ah, that ol' male supremacist semantics tactic: distort what normal men say--deny that they are, in fact, completely normal, by writing them off as obviously confused or disturbed individuals. We've seen this a thousand times. So the question then becomes, how many normal men have to do something normally before those men stop being "only individuals"?], and draw conclusions that pull in a whole gender. Or even a whole subset of a gender. [Or even a few obviously confused or disturbed individuals? If MOST men identify rape as a more masculine activity and being raped as a more feminine one--think of what men who rape men call the men who are being raped, and this will clue you in--and if men rape to feel manly, and if men rape women to make women feel powerless because men are pissed that SOME subsets of women have SOME subsets of power, then what does this person have to deny to arrive at the "reality" that rapism isn't tied intimately and atrociously to patriarchal heterosexual manhood?]

One can’t conclude from the words of a suicidal female office worker that all office workers are suicidal, let alone that all women are. [Ah, white male supremacist logic: could it be any more illogical? No, one can't. Bring in a copy of Yurugu please! But one can conclude that because men "feminise" raped people of whatever sexes and genders (intersex, female, male, and trans), and because men "masculinise" rapists, and because men rape women with derisive intentionality and misogynistic will and aggressive power used against human beings they wish to degrade, humiliate, shame, and sexually subordinate, we may--sociologically speaking--arrive at the conclusion that men rape AS men, not AS women; men rape women to prove to themselves they are manly, not EVER in order to be womanly.]

I’m getting a little bit tired of sex-negative writing at the moment. [I recommend a nap. Even twenty minutes. Really. It's incredibly rejuvenating!] For sure, there is trafficking and abuse in the sex industry [Well, now that it's been said by him, we can all go to sleep knowing THAT'S a reality! Whew! And--can ya tell: there's a "but" nearby, there's a "but" very close by, I can just tell...], and something should be done about it [he conveniently avoids the "what should be done about it part". Hmmm.], but we – and certainly, The Guardian [certainly THE GUARDIAN!]– should be at the point where the discussion is more insightful and specific, and less blunt and general. [Because, well, it's all such a bummer really, when we get, like, all, you know, blunt and general about CRIMES AGAINST WOMEN. But crimes against men: well, dull those blades and skip the exceptions: "all women are b*tches" wouldn't be too blunt or general, would it? No. Apparently not. Because whenever I hear men utter THAT phrase, or write it, or sing it, or act it out, there are no men, none, who call him out on THAT being too blunt and too general. But "men rape women" is waaaay to blunt and oh so general. We're not allowed to speak about men's atrocities against women with the same level of bluntness and generality with which men denigrate women in every medium.]

Certainly, it may say something about how objective ['racist masculinist code word' alert!--please read in Yurugu again for clarity about these tactics] a writer. [He means a FEMINIST writer who doesn't think individual women stripping at a pole for male gazers is political liberation for women as a class] wants to be when they are using data from a very limited survey [that survey being what men say about men, in their own words, about their own uses of women as wh*res--one wonders, really: if eight million heterosexual men were interviewed, and they all said similar things as those few hundred men, or, worse, if they revealed even more vile levels of misogynistic contempt for women and girls, what would then be the denial-soaked defense that "it's still not truthful about how heterosexual men feel and what heterosexual men do"?], and not giving much away about how they came across the responders. [Well, let's see. Maybe it involved interviewing men who wanted to be interviewed about their use of women in systems of prostitution. It is all explained in the report. But never mind that. That would require reading more of what feminists have to say, who quote heterosexual men directly, about what heterosexual men do, to women in systems of prostitution. Their bad. (Feminist WOMEN, of course, not heterosexual MEN! WHITE-MALE SKY-GOD forbid.]

There are many erudite and pragmatic ex and current sex-workers writing on and off the internet. [And he's not one of them. And he can't speak for them. And he doesn't get to use them to make his silly points. Or, well, yes, I guess he does. And did you notice? He broke out the silver dollar words. He's really annoyed.] There’s really no excuse any more to use the word “prostitute” as short-hand for “trafficked” or “exploited”. [Never mind that pimps do it all the time.] Even if it’s the case that the majority of people in the industry are either one of those things [those things. And could they be BOTH of those "things"??? Or only one or the other? Do women have to choose? Or is it men who get to choose that?], applying that sort of binary thinking [white male supremacy lingo alert!!!] to the issue isn’t moving discussion of it along at all. [So said HE, who stands on the misogynistic mountaintop of his own own patriarchal atrocity-denying mind!]

I’ve realised today that my relationship with The Guardian is similar to the one I had with the NME – in that I started reading both at around the same point in my life, and allowed myself to identify with them a little – but for some reason I never grew out of the former the way I did the latter. Helpfully, the paper’s online provision is sorting that out.
(Cross-Posted from Tumblr)

My posted (I think) response to nixsight is as follows:

I agree that there should be a "just" in that first sentence.

You seem more upset with writing than the fact that women and girls worldwide are being enslaved, trafficked, raped, pimped, procured, and exploited sexually. I draw this conclusion based on that "For sure... but..." sentence (fourth paragraph of your post). For as someone has pointed out, "ignore everything before the 'but'" is what such sentences generally mean.

Is one or two or more articles written in such generalisations more offensive to you than, say, the mass rape of women? Or the global trafficking of women and girls?

Have you seen the video of "Maria" who, this past December, finally spoke out about all the missing girls of Juarez? Is that "sex-negative"? And what positive spin would you like to put on that?

I am eager to know what you feel when you watch these. My experience is this: as a white man I can afford to "not know", viscerally as well as intellectually, what is happening to poor girls and women of color globally. Also to poor boys and men of color. I can watch three minutes of the news of the catastrophe currently bleeding in Haiti and switch over to some racist, misogynist white dude on Comedy Central. (I don't, but I could.) I can pretend what is happening in Haiti is all "natural", as if NAFTA has nothing to do with it, or globalisation, or capitalism which requires poverty. I can pretend and not have ceilings crash down on my head to wake me up from this illusion.

I can be offended by those women who speak about men and sex negatively, without really considering how much "sex" that men perpetrate on children and women is, in fact, far more horrific than "negative". The white straight married man who sexually assaulted me when I was twelve, was he "sex-negative"?
Posted by Julian Real at 3:47 PM 28 comments: