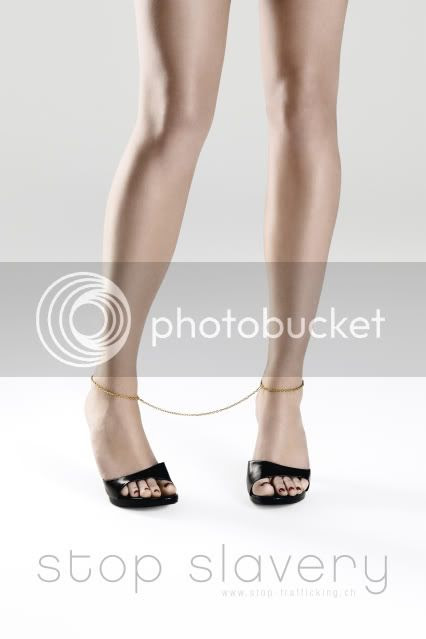 [image is from here. You can click on it to see the smaller text.]
It is so typical of white societies to discuss things like this ad nauseam, while millions of children and women die and suffer from marital or date rape, men beating up women, lack of clean water, or lack of health care, being bombed or raped by white country's leaders' coloniser-by-proxy soldiers, or due to the lack of so much that white men have, globally. It's so damned typical. Economic-social-political privilege does many things; making some human beings utterly unaware and callous to the suffering of others is high on the list, in my view.

Witness the sputtering and mutterings of Jacobus van Beverningk, following the utterly misogynist terminology of an "evolved" man named Jerry A. Coyne, who penned a book and, now a website, titled Why Evolution is True. How egotistically emphatic we whiteboys are about our truths!! Have you noticed?

What follows is from *here*. Warning, you are entering a zone where white men and all our privileges are fully engorged. Tread carefully. Or, rather, just stomp on anything that looks too egotistically engorged. First, the initial post by Jerry A. Coyne, who does, I'll admit, try and do something good here. And he does quote from a feminist blogger who does speak to the issues rather effectively. Too bad Jerry doesn't get the following:

-- That making fun of an Islamic Iranian cleric is oh-so-easy when you ignore the misogyny of your own culture's dominant faith traditions. (We can't have cultural self-reflection and accountability. No, no, no. That's not how white het male supremacy works AT ALL.) (Yes, there's plenty that's grossly misogynistic and loaded up with sexist double-standards that cleric Sedighi reportedly said. And I feel no need to protect him from criticism. My issue is this: white Christian-cultured men always find it very profitable to their egos and stature to put down men of color around the world, as if white Western men are god's gift to aetheistically and scientifically understood human life.

-- Or that using a term like "blag hag" isn't helpful to the cause of ending misogyny.

-- Or that putting down radical feminists as "priests" isn't funny either. As if radical feminists organised, ruled, and maintain a centuries old religious institution for the primary purpose or raping children and nuns. Oh, wait. He said "acolytes", not "altar boys". That means he's Anglican or Episcopalian. My bad.

As for Dworkin, other radical feminists, and myself lacking senses of humor. Hardly. He clearly hasn't read a damn thing Dworkin has written, or he'd get how funny she is, about the stupidity of white men's logic. (Funny. White men don't laugh about that.)

Here's a good one, boys:

Q: What's the quickest way to a man's heart?
A: Through his chest.

Misogynist white het doods, why aren't you laughing? Oh, right. Antifeminist men have no sense of humor. Moving on to Jerry's words of attempted wisdom:

Okay, we all know that Blag Hag (Jen McCreight) had the bright idea of “Boobquake,” a way to make fun of a Muslim cleric’s accusation that immodestly dressed females cause earthquakes.  Jen jokingly suggested a “scientific” experiment in which women would test this hypothesis by showing their breasts today on the internet and looking for an increase in seismic activity. (Actually, this isn’t really a test of the cleric’s idea, since he blamed earthquakes on the adultery attendant on display of boobage):


“Many women who do not dress modestly … lead young men astray, corrupt their chastity and spread adultery in society, which (consequently) increases earthquakes,” Hojatoleslam Kazem Sedighi was quoted as saying by Iranian media.

Regardless, the idea has been taken up with approbation by some of my favorite bloggers, including P.Z., erv, and Russell Blackford.  How do I feel?

I can’t get behind it.

Call me humorless, call me a militant pro-feminist, call me a prude—call me what you want, but somehow the idea of women mocking religion by showing their breasts comes perilously close to making points through sexuality instead of through good arguments and brains. (Just imagine how tepid the response would be if, in the same cause, all of us male bloggers decided to show ourselves in jockstraps).  The predictably leering response of men, who of course have tendered enthusiastic thanks for the mammaries, just confirms this suspicion.

What’s worse is that some women who don’t want to participate in this affair have been derided as anti-sex.  Even Russell Blackford took this tack:


Unfortunately, there was a lot of 1980s pseudo-feminism that took a similar attitude to that of Christianity and Islam, problematising displays of female beauty and even expressing disgust with heterosexuality itself. The worst offender was the egregious Andrea Dworkin – who died relatively young back in 2005. In her case, good riddance. These pseudo-feminists merely use feminist-sounding language to rationalise the religion-based anti-sex morality into which they were socialised. But they lack the self-insight to understand that it’s what they’re doing.

Look, Russell, if you really think that male and female bodies are both beautiful, why do you suppose that this event is getting much more publicity than would a similar display of male skin? Do you think CNN would be all over the event if it was men who were showing their junk? Of course not—and you know why.
And do you really want to tar women who object to selling ideas with sex as acolytes of Andrea Dworkin?  That’s simply unfair.  Some women don’t want to bare their mammae, and NOT because they have a “religion based anti-sex morality”; they simply have good reason to think that in the long run such stunts will hinder women being taken seriously as thinkers and colleagues.

I have to agree with the take of Miranda Hale at Exquisite With Love,  who is an atheist and a feminist, but won’t be doffing her duds today:


The idea is fantastic and well-intentioned. It points out both the ridiculousness of the cleric’s claim and the despicable and harmful practice of blaming all sorts of horrible things (including sexual assault) on women.

However, the great majority of the responses to this effort have been anything but fantastic. Instead, it has inspired, primarily at its Facebook event page, many comments of the “show us your tits!” or “Dude, awesome, I’ll get to see some boob photos on Monday” variety. And, for some reason, women are complying. They’re posting photos of their cleavage and men are responding with “awesome boobs!”, etc. The Facebook event page has almost 200,000 “attendees” and the effort has received a great deal of media coverage. And that’s all well and good, but how many of these individuals are actually concerned with raising awareness of this issue? Very, very few, I’d say.

Sure, one can assert that the event has been unfairly “hijacked” by the men who are reacting in this way, but this response wasn’t hard to predict. And although the men making these types of comments are solely responsible for the attitudes expressed in them, why provide them with fodder? I understand that this is intended to be a lighthearted attempt to point out the ridiculousness and stupidity of the assertions made by the cleric, but that intention has been completely buried under a constant stream of “show us your tits” comments. . .

. . . Let’s dress however we want to, let’s be as modest or as immodest as we choose, and let’s use our sexuality however we see fit. It’s all about choice. If Boobquake is your kind of thing, then, by all means, enjoy it. But don’t stop there. Write about these issues. Raise consciousness about them. Speak out against the “show us your tits” reactions. And please don’t pretend that merely showing as much cleavage as possible is somehow making any kind of difference. It’s not.

If it doesn’t make a difference in promoting atheism and mocking faith, what good is it? It’s just Playboy on the internet.