Women's Day in Australia: Malalai Joya Announces that Sec. of State Hillary Clinton Lied to Afghan Women in Order to Continue Pres. Obama's Military Massacres in and Occupation of Afghanistan. Girls as Young as 11 are Being Raped by U.S. and NATO Men: WHERE'S THE OUTRAGE??!! 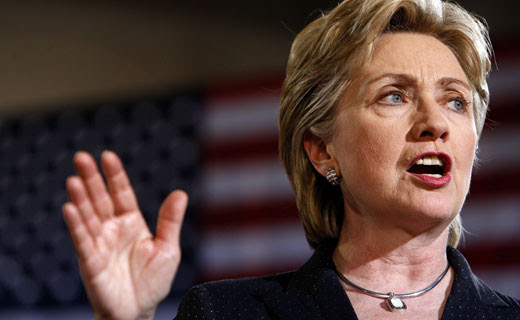 Posted on 15 May 2010
Secretary of State Mrs. Hillary Rodham-Clinton has once again lied to Afghan women. She said that America will not abandon Afghan women. It already has. America has not kept its promises to the women of Afghanistan.
The youngest woman in the Afghan parliament has used International Women’s Day to slam the “disastrous conditions” for women in her country and ask Australians to help bring change.
Afghanistan’s Bravest Woman Malalai Joya:
Malalai Joya, 28, told a conference at Sydney’s Darling Harbour today there has been “no fundamental change in the plight of Afghan people” since the US removed the Taliban five years ago.
“Afghan women and men are not ‘liberated’ at all,” Joya said. “When the entire nation is living under the shadow of gun and warlordism, how can its women enjoy very basic freedoms?”
Joya said the women’s rights situation was as “catastrophic” as it was under the Taliban.
She gave the death of 18-year-old Samiya, who hanged herself before she was to be sold to a 60-year-old man, and the rape of children as young as 11 by the US and international troops as examples.
“No nation can donate liberation to another nation,” Joya said. “If Australian policy makers really want to help Afghan people and bring positive changes, they must allign their policies according to the aspirations and wishes of Afghan people, rather than becoming a tool to implement the wrong policies of the US government.”
Joya, who survived an assassination attempt after speaking out againgst Afghan warlords, said the suicide rate of Afghan women was at an all-time high. As many as 1.9 per cent of women die during childbirth.
To celebrate International Women’s Day in Sydney, festivals are underway in Liverpool and Cabramatta to mark the day. Female MP tells of rights ‘catastrophe’. Email Print Normal font Large font Yuko Narushima. March 8, 2007 – 1:04PM

Afghanistan’s Bravest Woman Malalai Joya: “Taliban are logistically & militarily growing stronger as each day dawns.” “Afghan women and men are not ‘liberated’ at all”

Malalai Joya is an angry woman. She’s angry about the war being carried out by the international coalition in her country, Afghanistan, angry about the UN bombs that are killing civilians in their villages, angry about calls for reconciliation with the Taliban and the war lords. “Stop the massacres in my country. Withdraw your foreign troops so we can stop Talibanization,” is what the young Afghan deputy tells Western public opinion.
WASHINGTON: Women’s rights will not be sacrificed in any settlement between the government of Afghan President Hamid Karzai and Taliban militants, Secretary of State Hillary Rodham Clinton said late on Thursday.
Clinton ruled out US support, or at least her own, for negotiations with anyone who would roll back advances for Afghan women achieved since the militant Islamic Taliban movement was ousted from power in 2001.
“There are certain conditions that have to be met,” to hold talks with insurgents about laying down arms, Clinton said during an appearance with Karzai. Karzai and a large delegation of government ministers and advisers, including several women, were finishing four days of talks in Washington.
Among the conditions for peace talks, midlevel Taliban leaders would have to renounce violence, cut ties with al-Qaeda and its affiliates and abide by Afghanistan’s laws and constitution, Clinton said.
“And on a personal note they must respect women’s rights.” Karzai nodded beside her but did not mention the women’s rights aspect of possible talks with the Taliban. The other conditions apply, he said.
The Taliban regime forced women to wear a traditional head-to-toe covering called a Burqa, forbade school for girls and beat women seen walking without being accompanied by a man. The Taliban has surged back over the past several years to become a persistent insurgency seeking Karzai’s overthrow. Insurgents and their sympathisers routinely intimidate or attack women who work outside the home, wear Western dress or try to attend school.
Clinton, whose bid for president in 2008 got further than any American woman before her, made a similar point when she met with Afghan women earlier Thursday at the State Department.
“We will not abandon you; we will stand with you always,” Clinton told three senior female Afghan officials who were part of Karzai’s delegation. The trip ends on Friday with Karzai’s visit to Fort Campbell, Kentucky, home of the 101st Airborne Division that is deploying en masse to Afghanistan.
Clinton said it was “essential that women’s rights and women’s opportunities are not sacrificed or trampled on in the reconciliation process.”
Karzai sought US blessing this week for wider talks with the Taliban when the time comes. President Barack Obama seemed noncommittal during a White House news conference with Karzai on Wednesday. Saturday, May 15, 2010
Here’s how Joya sums it up in her own words:

“The people of Afghanistan are fed up with the occupation of their country and with the corrupt, Mafia-state of Hamid Karzai and the warlords and drug lords backed by NATO…. It is clear now that the real motive of the U.S. and its allies, hidden behind the so-called “war on terror,” was to convert Afghanistan into a military base in Central Asia and the capital of the world’s opium drug trade. Ordinary Afghan people are being used in this chess game, and western taxpayers’ money and the blood of soldiers is being wasted on this agenda that will only further destabilize the region….Afghan and American lives are being needlessly lost.

“Afghans live under the shadow of the gun with the most corrupt government in the world.”– Malalai Joya
JOYA’S SOLUTION: “Withdraw All Foreign Troops”

Malalai Joya: “Some people say that when the troops withdraw, a civil war will break out. Often this prospect is raised by people who ignore the vicious conflict and humanitarian disaster that is already occurring in Afghanistan. The longer the foreign troops stay in Afghanistan, the worse the eventual civil war will be for the Afghan people. The terrible civil war that followed the Soviet withdrawal certainly could never justify… the destruction and death caused by that decade-long occupation.” (p 217)…Today we live under the shadow of the gun with the most corrupt and unpopular government in the world. (p 211)