Taylor Swift's Song goes Gay. Okay, so it's MAY 1st, not APRIL 1st, but this video isn't showing anything foolish. Just charming. 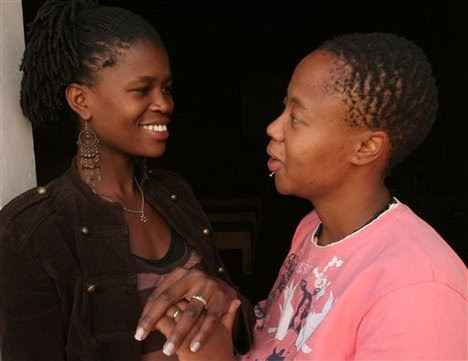 [image is from here]
I found this on the blog FourthWaveFeminism. They found it on the blog Feministe--thanks, Chally! The links are *here* and *here*, where Chally offers up some needed feminist critique of the original Swift video compared to this remake.

You've got to see the Yellowjackets, an all-male a capella group, who made an adorable white gay male music video set to Taylor Swift's "You Belong to Me". I can't imagine what my life would've been like if I'd grown up with abundant mass media like this, that wasn't only a semi-humorous send up of a white hetero/sexist straight song, I mean. I'm wishing for mass media, until mass media dies, to take lesbian and gay existence seriously and to locate it centrally in all programing, including the news.

Yes, a boy can dream.

And what I don't need to see centralised, or anywhere at all, quite frankly, is even more racist and heterosexist objectification and pornographisation of lesbian and gay people, either. The pro-sexxxual exploitation queer folk and their straight brethren and sisters can leave me out of that utterly unradical devolution. Ain't nothing "queer", let alone radical, about pimping and pornography, folks. And, to my queer sibs, try "transgressing" by resisting racist heteropatriarchy, for a change, not replicating it.

To the mass media makers: I want more than a lesbian or gay character on MTV's Real World, and more than Will and Grace, and more than a long drawn out storyline about two white middle to upper middle class guys named Luke and Noah on As The World Turns. Because, you know, predominantly, if not entirely, white middle class existence isn't all there is. And my lesbian and gay sibs of color ought to have media role models too.

This message is clearly not being brought to you by your regular television shows' sponsors.

I'll stop my complaining, so we can all sit back and enjoy this little show of what life could be like--in living color next time, please. Okay, now I'm done complaining.