New Writing from Tim Wise: A White Jew Reflects on the Status-Update in Amerikkka of non-white Mexican People 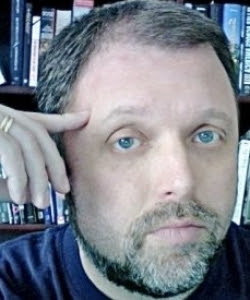 Tim is the author of five important books on racism, white supremacy, and white privilege in the U.S. Here's what Author and Prof. Michael Eric Dyson says about Tim:


Tim Wise is among the most prominent anti-racist writers and activists in the U.S., and has been called, "One of the most brilliant, articulate and courageous critics of white privilege in the nation," by best-selling author and professor Michael Eric Dyson, of Georgetown University.

The context of Tim's newest writing is the white supremacist Arizona governor's new racist law. This "immigration" law more deeply marginalises, targets, stigmatises, and criminalises one particular national, regional, and ethnic group, deemed a race. The unconstitutional law also more effectively decriminalises U.S. police racism and racist use of force, bolstered by State institutions, as white supremacy always has been in this country. Below this excerpt are links to the rest of this essay and other information about the author-activist. Thank you, Tim, for taking on white power as effectively and passionately as you do. If only all privileged people had this level of desire for justice.


On Illegal People...and Forgetful Ones: Reflections on Race, Nation and Immigration


You know the question. It sounds like this, voiced in the mouths of folks who wish so badly to stem the flow of those they call illegal aliens:

"What part of illegal do you not understand?"

As it turns out, I understand every part of it. I understand it all too well. Its meaning is inscribed on the cell memory of my ancestral line, burned into our familial DNA. For it is the label that was, for a while, placed upon my great grandfather. Not because of anything he had done, but merely because he had been born in a place that, in the eyes of those filled with hatred, rendered him suspect. After all, McKinley was killed by an anarchist whose parents were from modern-day Belarus, and so naturally, it made sense to treat a boat full of Minskers as though they were criminals. Just like today, the killing of a rancher near the border, supposedly at the hands of a Mexican drug smuggler, means that Arizona must crack down on other Mexicans, or anyone who might be a Mexican, in the country without permission.

What I understand is that racists are not very original. The targets change, but the game remains the same: it is forever and always about stopping the dangerous and "polluting" other. It is about the dominant group telling some group with less power that they are not as good, not as clean, not as moral, not as wanted, not as human in some way. It is about oppressing others in the name of protecting the self, failing to realize in what can only be considered one of the saddest spectacles of modern history, that in the end, the oppressor neither fully cows their target nor obtains the security they sought. Indeed they undermine it, along with any remaining pretensions to the national greatness that made the so-called "other" want to join them in the first place. The degree to which it is ironic is only exceeded by that to which it is pathetic.