[image is from here]
Now-Rooz (or Naw-Rooz), in word, means “New Day”
It is the new day that starts the year, traditionally
the exact astronomical beginning of the Spring. We
Persians still take that as the beginning of the year.
This exact second is called “Saal Tahvil”. No-Rooz
with its uniquely Persian characteristics has been
celebrated for at least 3,000 years and is deeply
rooted in the rituals and traditions of Zoroastrian
that was the religion of ancient Persians and there
are still many Persian Zoroastrian people in several
countries such as Iran, India, Tajik, and more…
[most of the text above is from here] 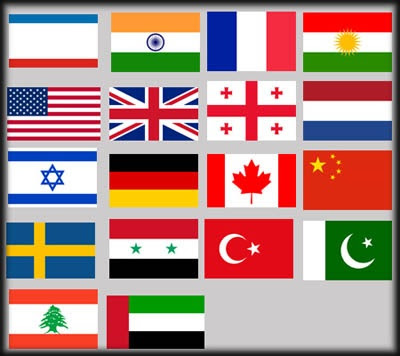 [image of national flags is from here]
Posted by Julian Real at 3:07 AM