Meanwhile, back in the delusional, self-absorbed land of British white heterosexual men's spheres of concern... 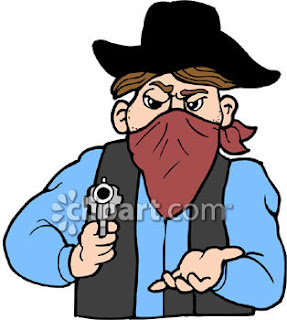 We have over the last many months here participated in engaged discussion about the crimes against humanity that white heterosexual men perpetrate with impunity, and worse, while being celebrated as heroes and freedom-fighters. Rapists are called liberators of women's sexuality by pornographers--and white men are more concerned about their access to those images of raped women that about organising against pornographers raping and exploiting women in various ways; girls and women are sold as sex slaves, and concerns among white heterosexual men are men's freedom to travel and make purchases of people-as-sexxxthings. Bizarrely, women of color are seen as more powerful than whites and men, by whites and men. And in an exercise of sheer insanity by the "haves", the poor are portrayed relentlessly as ripping off the rich--what with them taking those welfare dollars and all, while birthin' babies. No serious stigma exists against the rich for stealing from the poor, across the globe, for sucking up the Earth's resources, desperately needed by the poor around the world, to, um, survive. How remarkable, eh? Whites are being treated in a "racist" way by Blacks. Men are being "discriminated against" for being men, not women. Huh? Oh, right: it's the ludicrous land of white men's individualistic liberalism that can't ever see a forest for a tree, unless white heterosexual men are the "threatened" forest, that is.

You'd have to be able to pass through life not knowing anything at all about what women of color experience worldwide to come to such bizarrely out of touch conclusions. You'd have to think you, and you alone, Mr. White Man, are the center of everyone else's universe, and that the Earth and all its inhabitants exist "for you" so that when you exploit them all, you don't register that as exploitation, and when you kill them, you're only concern is about whether the few who survive might be pissed off and actually do something about it. Your whiteheteromale sky-god who only bore one child--surprise, it's a boy!!!, and a boy who, over time gets blue eyes and blond hair!, and a boy who is born of a virgin!! That's "maiden", actually, NOT virgin, but never mind issues of mistranslation--your whiteheteromale sky-god doesn't make mistakes. Mary was likely raped, and Joseph took the maiden in as his wife to keep her from being stoned to death for being raped, and then had her conceive more children--of his. And that little not-so-white-boy wasn't born anywhere near 25 Dec 0000 ECD, but those pagan rituals had to be kept in place, so your religion could absorb them and colonise them. Clever is what you've been with that tricky maneuver, you wily bandits, you.

Men who batter women are say "I love you" to them afterwards, whether or not the women are conscious, and colonisers tell the colonised "It's for your own good". "You need our capitalism, our christianity, our control over your lives and resources!" Hmmm. Lord have mercy on those that take without giving. Oh, wait: white men give: they bring not-so-great tidings of lethal disease and environmental disaster.

What's the pattern here in how white heterosexual men think and comprehend reality? (Infamous "rationalists" that they are!) Ah yes: totally delusional, unaware of the world of human suffering beyond their own psyches, and unwilling to venture out and FEEL that suffering. Instead, why not "adventure out" and kill everyone else, take their land, and call it "good"? Rape and genocide are considered good things from white heterosexual men's point of view. If they didn't feel this way, they'd have stopped the practice of each a long time ago.

At a blog called Banditry by John B, John B thankfully, clearly gets what's wrong with those self-assessments by ordinary white men! There are more comments, but they descend quickly and without surprise into misogynistic, anti-Semitic name-calling. And of course not even John B will call THAT out. Ah, non-Jewish hetero whiteboys... so keen on making sure no one in their gang is too uncomfortable...

November 18th, 2009 John B Leave a comment Go to comments


Now, this is obviously false, and anyone who believes it is either deluded, moronic or both. If you’re a selfish white male, however, it’s at least rational to express the belief in the hope that if the myth becomes accepted, it’ll be easier for you to maintain your privileges.
However, only 41% of the population are white British males. So, even assuming that all white males are either selfish or idiots, 15% of the remaining population are so brainwashed that they actually believe this nonsense against their own best interests.
Which is pretty much as clear a demonstration as you’re going to get anywhere that The Patriarchy is still thoroughly in charge and thoroughly shaping political and news agendas.
Ah well. On the plus side, whilst it’d be nice to live in a fair and equal society where attempts to address injustice weren’t met with ridiculous whining from the privileged that conned a sizeable proportion of the oppressed, at least the current setup makes my life easier and more comfortable…
(via Liberal Conspiracy, which points out that at least Twitter users are less halfwitted and bigoted than average. Well, duh.)
ShareThis