Chris Osborn and Julian Real: On Confronting Sexism in Friendships with Men 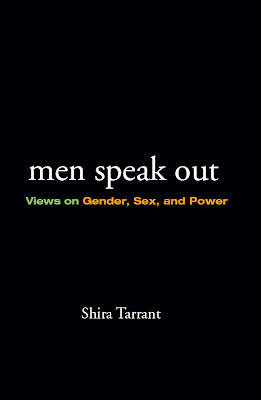 
I will let my closest friends know if they have said something ignorant or sexist, but I am afraid of how some of my other friends might respond. I used to be "one of the guys" in that whole party scene, and some of my friends still want to identify me as such. I am open about my beliefs though, and anyone who knows me well knows that I am passionate about feminism.


Julian R.:
I hear what you're saying there. And that, I find, is the trickiest matter. I haven't had to contend with it quite so much as I've never been part of any party scene where the behavior playing out is in blatant conflict with my values and politics. (Well, maybe it's happened a bit!) I guess what I mean to say is that I'm not a drinker or a smoker (of anything), and while I've been to many parties, I think if someone is behaving in an awful manner, there are several people who will likely reign him in, and also if some guy is being misogynistic in front of me they are likely too drunk to notice, or to even really track what they are doing. Often the most helpful thing to do is NOT to confront the man, but rather to check in with the woman who was just called the b word or the c word, or whatever. And to validate that I found his comment completely inappropriate and disgustingly woman-hating, and that I think he's a prick and I support her never speaking with him again, if she can help it.

Like you say, anyone who knows me well, or even a bit, knows my politics and knows I'm not fond of being meek when racist shit or misogynistic shit is going down near me. And I say that with not much sense of bravado or pride. I grew up feeling very unable to speak out or speak up about certain things, mostly about how I felt about something. I'd gauge what to say based on comments and body language of those around me. I felt like I was such a chameleon, and wondered for a very long time if there even was such a thing as "integrity". (The internal jury's still out on that one.) What I've come to is whether or not there is such a thing, there is the matter of addressing what's happening in the present, however or whoever I am at that time, with whomever I am with at any given time. I would say that if I know an event or party is going to have misogynistic men there, or racist whites, I won't go.

I remember a good white hetmale friend of mine--a few years ago--had a white hetmale friend who was grossly misogynistic in some ways. His sister and his female roommate didn't like being around him AT ALL. But this dude would stop by on occasion, or he would call and my friend would invite him to come along over, not wanting him to feel left out. I think his sister, his roommate, and I each had a separate talk with him about how his welcoming of this man into his life, when any of us are present, is making a decision to disrespect us, and, in all our cases, to potentially subject us to harm. This guy, after I called him out on something misogynistic at a party, proceeded to push into me and call me a f*ggot or f*g... you know the deal. So I told my friend that you are more than welcome to invite him over, but any time he's here and I'm here, I'm leaving. So if you want to spend time with me, don't expect that to happen if you invite the asshole over. I think his sister and his lesbian roommate said similar things, and from then on he only met with the guy outside where he (and his roommate) lived.
Posted by Julian Real at 9:56 AM