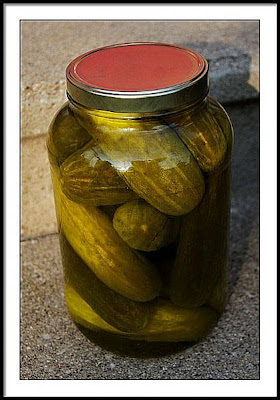 Those of us who are oppressed by white men know all the ways they leave the lid loosely on the pickle jar. We know what you do to annoy and aggravate us, to insult and silence us, to maim and kill us. We know. So just watch out the next time you reach for those pickles.
Posted by Julian Real at 1:27 PM