Meet The Predators: Men Readily Admit to Raping Women As Long As You Don't Call It Rape, and men STILL won't call MOST forms of rape "RAPE"

With thanks to Cara @
As she notes:
Trigger Warning for discussions of sexual violence. What follows is compiled and written by me, until the portion clearly identified as Cara's.

This is what a serial rapist WHO DIDN'T USE FORCE looks like. Note the lack of strong build and non-menacing face. He used pretense (overt lies to get women to come to meet him--such as requesting that they try out for a role in a production), and drugs to make young women unconscious while he abused them: 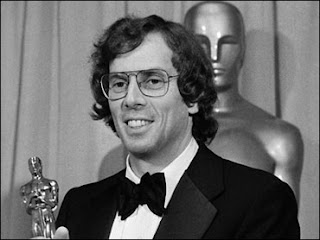 Joseph Brooks holds his Oscar for best original song for "You Light Up My Life" in 1978.

NEW YORK (CBS/AP) The Oscar-winning songwriter and director behind “You Light Up My Life” has been indicted on charges of raping or sexually assaulting 11 women.

Thanks to Cara at The Curvature for this post! I totally agree with her concerns about the study's limitations. YES, Cara: according to these ways of assessing sexual assault, I was never sexual assaulted, because being terrified of what someone is doing to you when twelve to the point that you are frozen and trying to dissociate means that the perp doesn't need to use force, and he knows it. Which is how the perp who got me could also get so many other children, female and male.

I'm sorry, Cara, that you have had to deal, once again, with this kind of gross invalidation and denial about the harm done to you. Yes, you were raped, and anyone who thinks "force" is a needed ingredient to commit rape doesn't understand what dynamics are most needed for rape to occur. Here's a clue: one of them is getting to know your intended victim so well that you can have unnwelcomed and unwanted sexual access without using force.

I remember the number of college heteromale students who, in one study, said they would rape is they could get away with it. It's all quite terrifying, and all quite normal, and very few men seem to be caring about this matter at all as an issue of political terrorism and violation, gross lack of social safety, and the mass cultural subordination of a class of human beings through traumatic sexual-for-the-rapist contact and invasion only some of which needs interpersonal force, because the force is already in place structurally. I feared what would happen to me if I did protest. And I tried anyway. And he ignored me. I was terrified because, I thought, "If he can do this horrific thing and pay no attention at all to what I'm saying about the need to get away, what ELSE can he do? Anyone with structural power who can disregard other people's humanity enough to selfishly use and abuse them ought to be regarded a a social menace, criminally dangerous, and oppressively and systemically (not only psychologically and individually) inhumane.

The predatory sexual violator uses whatever means he needs to use to get what he wants from a person he doesn't regard as an actual person. If he can get by with drugging a drink, so be it. If he can gain knowledge about what will trigger someone into dissociation, he'll do it. If he knows he can patriarchally pester someone to wear down their boundary of having first said "No, not tonight", he'll do it. If he can "only" get the soon-to-be-raped person drunk, he knows where to go from there. If he has structural force encoded into his identity, as "a man", for example, women know what he's capable of and may acquiesce to a situation they know could involve force if they don't. AND THAT'S NOT CONSENT. THAT'S BEING SO AFRAID OF SOMEONE DUE TO WHAT YOU KNOW ABOUT HIM AS A MEMBER OF AN OPPRESSOR CLASS THAT YOU WANT TO SURVIVE SEXUAL VIOLATION AND INVASION, DEGRADATION AND HUMILIATION, WITHOUT ALSO BEING BATTERED OR KILLED. Most rape doesn't require force as understood in the questions posed below. So what does THAT do to the rape statistics and how many men will admit to rape if we don't call it rape?

All of what follows is part of Cara's post:
Meet The Predators: But Which Ones?
[...]
But in all those posts, I’ve noticed a concerning silence. Admittedly, it’s entirely possible that I’ve missed the post(s) where someone else said what I’ve been thinking, but I also feel that I’ve read a fairly good sample. And not once have I personally seen anyone explicitly mention that we’re only talking about a certain kind of rapist here.


What kind of rapist is that? Primarily, the kind of rapist that uses physical force. In the first study Thomas quotes, 6% of respondents answered yes to the following questions:


In the other study, 13% of respondents admitted to rape or attempted rape, and “61% of the reported attacks were intoxication-based, 23% were overt force alone, and 16% were both.”