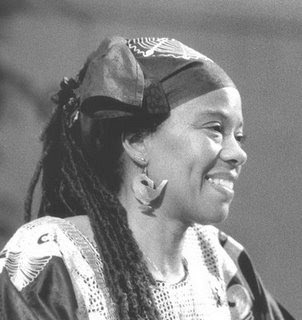 It is fortunate for all of us that portions of Yurugu: An African-Centered Critique of European Cultural Thought and Behavior, Marimba Ani's brilliant book of philosophy, sociology, ethnography, ethics, and politics, is available to us online.

Below I link to those portions of two chapters from that book. It should go without say that Yurugu ought to be read in its entirety. It is my strong believe that that any literate person from the West ought to be required to read it. I believe much of men's radical perspectives on race, gender, and civilization rises out of the work and perspectives of many women including Marimba Ani. Women, particularly women of color, have been telling this truth-tale among others for centuries, only to be silenced by the white noise of Western male arrogance and aggression.

Part of that arrogance is defining Great Philosophers as people who are usually white, and always men. Part of the aggression is endemic rape and the on-going Western patriarchal colonisation and exploitation of women and girls, also called gynocide. Gynocide, the atrocity, may also include the overtly organised or seemingly random execution of women and girls by men, but does not have to include that dimension of human destruction to appropriately describe what female human beings, raised as girls and women, endure interpersonally and institutionally through white male supremacist values and behavior.

Biographical information about Dr. Marimba Ani may be found here.

An except from chapter 1 of Ani's book Yurugu: An African-Centered Critique of
European Cultural Thought and Behavior may be found here. It is called "Utamawazo: The Cultural Structuring of Thought".

An excerpt of chapter 6 of her book Yurugu may be found here. It is called "Hypocrisy as a Way of Life".
END OF POST.
Posted by Julian Real at 7:04 PM