A Portion of "Nothing Personal" by James Baldwin, on love, and on the truth and the lie that is the United States 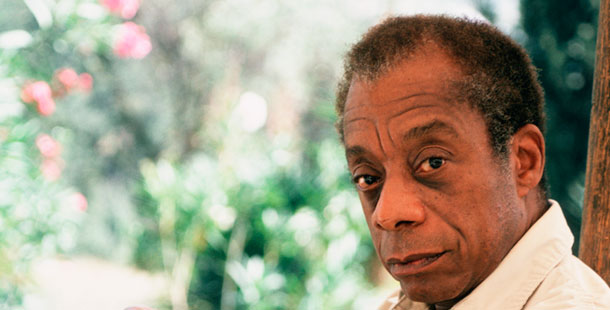 [photo portrait of James Baldwin above is from here]


I found the following passage written by him *here*. Let me know what you think/feel about it. Following it, is biographical information about the brilliant Mr. Baldwin from the same site as the image. He is my very favorite male human being as well as my favorite male writer. He is the man I most wish I had known in person.


"If a society permits one portion of its citizenry to be menaced or destroyed, then, very soon, no one in that society is safe. The forces thus released in the people can never be held in check, but run their devouring course, destroying the very foundations which it was imagined they would save.

But we are unbelievably ignorant concerning what goes on in our country--to say nothing of what goes on in the rest of the world--and appear to have become too timid to question what we are told. Our failure to trust one another deeply enough to be able to talk to one another has become so great that people with these questions in their hearts do not speak them; our opulence is so pervasive that people who are afraid to lose whatever they think they have persuade themselves of the truth of a lie, and help disseminate it; and God help the innocent here, that man or womn who simply wants to love, and be loved. Unless this would-be lover is able to replace his or her backbone with a steel rod, he or she is doomed. This is no place for love. I know that I am now expected to make a bow in the direction of those millions of unremarked, happy marriages all over America, but I am unable honestly to do so because I find nothing whatever in our moral and social climate--and I am now thinking particularly of the state of our children--to bear witness to their existence. I suspect that when we refer to these happy and so marvelously invisible people, we are simply being nostalgic concerning the happy, simple, God-fearing life which we imagine ourselves once to have lived. In any case, wherever love is found, it unfailingly makes itself felt in the individual, the personal authority of the individual. Judged by this standard, we are a loveless nation. The best that can be said is that some of us are struggling. And what we are struggling against is that death in the heart which leads not only to the shedding of blood, but which reduces human beings to corpses while they live."
— James Baldwin (Nothing Personal)


Although he spent a great deal of his life abroad, James Baldwin always remained a quintessentially American writer. Whether he was working in Paris or Istanbul, he never ceased to reflect on his experience as a black man in white America. In numerous essays, novels, plays, and public speeches, the eloquent voice of James Baldwin spoke of the pain and struggle of black Americans and the saving power of brotherhood.
James Baldwin was born in Harlem in 1924. The oldest of nine children, he grew up in poverty, developing a troubled relationship with his strict, religious father. As a child, he cast about for a way to escape his circumstances. As he recalls, “I knew I was black, of course, but I also knew I was smart. I didn’t know how I would use my mind, or even if I could, but that was the only thing I had to use.” By the time he was fourteen, Baldwin was spending much of his time in libraries and had found his passion for writing.
During this early part of his life, he followed in his father’s footsteps and became a preacher. Of those teen years, Baldwin recalled, “Those three years in the pulpit — I didn’t realize it then — that is what turned me into a writer, really, dealing with all that anguish and that despair and that beauty.” Many have noted the strong influence of the language of the church on Baldwin’s style, its cadences and tone. Eager to move on, Baldwin knew that if he left the pulpit he must also leave home, so at eighteen he took a job working for the New Jersey railroad.
After working for a short while with the railroad, Baldwin moved to Greenwich Village, where he came into contact with the well-known writer Richard Wright. Baldwin worked for a number of years as a freelance writer, working primarily on book reviews. Though Baldwin had not yet finished a novel, Wright helped to secure him a grant with which he could support himself as a writer in Paris. So, in 1948 Baldwin left for Paris, where he would find enough distance from the American society he grew up in to write about it.
After writing a number of pieces that were published in various magazines, Baldwin went to Switzerland to finish his first novel. Go Tell It on the Mountain, published in 1953, was an autobiographical work about growing up in Harlem. The passion and depth with which he described the struggles of black Americans was unlike anything that had been written. Though not instantly recognized as such, Go Tell It on the Mountain has long been considered an American classic. Throughout the rest of the decade, Baldwin moved from Paris to New York to Istanbul, writing Notes of a Native Son (1955) and Giovanni’s Room (1956). Dealing with taboo themes in both books (interracial relationships and homosexuality, respectively), Baldwin was creating socially relevant and psychologically penetrating literature.
Being abroad gave Baldwin a perspective on his life and a solitary freedom to pursue his craft. “Once you find yourself in another civilization,” he notes, “you’re forced to examine your own.” In a sense, Baldwin’s travels brought him even closer to the social concerns of contemporary America. In the early 1960s, overwhelmed with a responsibility to the times, Baldwin returned to take part in the civil rights movement. Traveling throughout the South, he began work on an explosive work about black identity and the state of racial struggle, The Fire Next Time (1963). For many, Notes of a Native Son and The Fire Next Time were an early and primary voice in the civil rights movement. Though at times criticized for his pacifist stance, Baldwin remained throughout the 1960s an important figure in that struggle.
After the assassinations of his friends Medgar Evers, Reverend Martin Luther King, Jr., and Malcolm X, Baldwin returned to France where he worked on a book about the disillusionment of the times, If Beale Street Could Talk (1974). Many responded to the harsh tone of If Beale Street Could Talk with accusations of bitterness. But, even if Baldwin had encapsulated much of the anger of the times in his book, he always remained a constant advocate for universal love and brotherhood [Julian's note: and sisterhood; Baldwin, in my view, is one of the few male writers of his era who was intellectually and viscerally capable of understanding male supremacy, and who did, in fact, in life, respect women and speak out against white and Black masculinism]. During the last ten years of his life, Baldwin produced a number of important works of fiction, non-fiction, and poetry, and turned to teaching as a new way of connecting with the young. By his death in 1987, James Baldwin had become one of the most important and vocal advocates for equality. From Go Tell It on the Mountain to The Evidence of Things Not Seen (1985), James Baldwin created works of literary beauty and depth that will remain essential parts of the American canon.


The essay, Nothing Personal, appears in several forms and collections. Here are some:
The Price of the Ticket
James Baldwin: Collected Essays
Nothing Personal
Posted by Julian Real at 4:01 PM